The Liberal government will not release a budget in March as it takes more time to assess the impact of the pandemic, meaning that more than two years will have passed since the last federal budget was released.

A senior government official told The Globe and Mail that March has been ruled out as a window for unveiling the budget, which will have to address the unprecedented economic and health crises brought on by the coronavirus.

The last time the government presented a budget was on March 19, 2019. A federal website lists budget dates as far back as 1968. During that period, there has never been a gap of more than two years between budgets until now.

Ottawa’s decision not to table a budget at any point in 2020 put it out of step with other Group of Seven countries, who all produced budgets last year. The provinces and territories also released budgets in 2020.

The minority Parliament in Ottawa did approve the Liberal government’s emergency pandemic measures through a series of votes on spending bills last year, but MPs were never presented with a formal budget.

Former finance minister Bill Morneau had scheduled a 2020 budget for March 30, but shelved that plan amid the escalating COVID-19 pandemic. The 2016 and 2017 budgets were released in late March, while the 2018 budget was released in late February.

The House of Commons sits for two weeks in March, but the first sitting day in April is not until Monday the 12th, which kicks off five consecutive weeks of sittings through to May 14. That suggests the budget will likely be released during that window so that there is enough time for the government to pass related legislation through Parliament before the House rises for summer in late June.

The official said no decision has been made on a budget date, other than that it won’t be in March or early April.

The Globe is not identifying the official because they were not authorized to comment publicly on the matter.

The broad outlines of the government’s plans have been signalled for months, but they have repeatedly been delayed as the pandemic continued. During an August news conference that announced Chrystia Freeland would be replacing the departing Mr. Morneau as finance minister, Prime Minister Justin Trudeau said major initiatives were coming.

“As much as this pandemic is an unexpected challenge, it is also an unprecedented opportunity,” he said then. “This is our chance to build a more resilient Canada, a Canada that is healthier and safer, greener and more completive, a Canada that is more welcoming and more fair.”

Shortly after, as summer turned to fall, COVID-19 cases rose and the talk of recovery seemed premature. The policy promises were confined to a September Throne Speech that contained few specifics, suggesting details would come in a fall update.

Ms. Freeland’s Nov. 30 update provided the first detailed costing of Ottawa’s unprecedented pandemic measures and said the federal deficit for 2020-21 could approach $400-billion. It also promised that Ottawa would spend up to $100-billion over three years on pandemic recovery stimulus measures, with details to be announced in the 2021 budget.

Several economic-policy voices – including the C.D. Howe Institute, the Business Council of Canada and the International Monetary Fund – have recently urged Ms. Freeland to reconsider the $100-billion stimulus plan. They say the government should focus instead on a plan for ensuring federal finances are on a sustainable footing after pandemic spending pushes the net federal debt above the $1-trillion threshold for the first time.

Conservative MP and finance critic Ed Fast said in a statement to The Globe that the government should immediately set a budget date and release a clear plan.

“It is completely irresponsible for Justin Trudeau to keep Canadians in the dark about his plans for reopening our economy,” he said. “For almost two years, this Liberal government has failed to table a budget, which would allow Canadians to assess whether the Prime Minister has a plan to properly manage our economy as we emerge from the COVID pandemic.”

Elliot Hughes, a senior adviser at Summa Strategies and a former deputy director of policy to Mr. Morneau, said the government could benefit from a clearer economic picture by delivering a later-than-usual budget.

“Time is on the government side. They haven’t put out a budget for obvious reasons in close to two years. So waiting an extra couple of weeks to better understand the economic landscape, and frankly, the health landscape, to me, makes good sense,” he said. 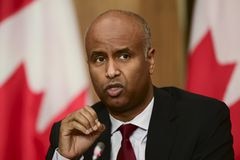 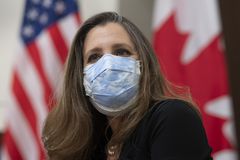 Opinion
The budget must show how fiscal policy will support recovery and the transformation of our economy
February 28, 2021