The federal Liberals are being told to avoid creating a one-size-fits-all national school-food program to replace the existing patchwork of efforts to feed hungry children.

The Liberals promised in their 2019 budget to work toward creating such a program and have reached out to provinces, territories and key stakeholders over the past months.

The design of a new program will provide answers to lingering questions about how soon the program kicks off, how big it will be when it begins, which children will qualify and what meals they’ll receive.

Federal officials have been told to provide provinces, territories and even schools themselves with the latitude needed to deliver programs that meet local needs, said Joanne Bays, co-founder of Farm to Cafeteria Canada. The group seeks to get locally produced food into public institutions’ kitchens, starting with schools.

“The main message was ‘go slow’ and Canada needs a recipe for success,” said Ms. Bays, whose organization receives federal funding to run and evaluate a food program in dozens of schools.

“We have lots of other places we can look to see what they have done, but we need to pilot these things in Canada and evaluate and come up with our own unique formula.”

Canada is the only member of the Group of Seven countries with large economies that doesn’t have a national school-food program.

Instead, there are thousands of food programs for the roughly five million children enrolled in public elementary and secondary schools – programs often run by community groups with financial help from governments and charities.

Feeding all school-aged children could cost billions each year, depending on whether funding would provide snacks, breakfast or lunch, or more than one of those. It’s a steep budget ask, and also potentially too ambitious for the current system to handle.

Instead, as a start, the Coalition for Healthy School Food has asked the Liberals for $360-million in this year’s budget to expand existing local programs and grow slowly, similar to what the Liberals did with their child-care spending.

“No one at this moment, I think, is interested in the federal government coming in and funding a brand-new top-down program, for a variety of reasons,” said Debbie Field, the coalition’s co-ordinator.

“Not even that it would be expensive, but primarily it would erase what is on the ground, which would be a bad idea.”

A national program would likely require cost-sharing with provinces and territories. Negotiating funding deals would delay any large social program, as the Liberals have found with their housing and child-care strategies.

And those agreements and associated spending were approved when the Liberals had a majority in the House of Commons, which they lost in the October election.

Ms. Field said she isn’t concerned the politics of a minority Parliament will get in the way of funding and creating a national program because of cross-party support for the idea at the federal and provincial levels.

Ms. Bays said any federal spending would be more than covered through reduced health-care spending and increased economic activity for local farmers.

The latest figures from Statistics Canada show that 8.7 per cent of Canadian households, or almost 1.25 million homes, are considered “food insecure,” meaning they don’t have enough money to afford, or otherwise can’t get, the amount and variety of food needed for a healthy lifestyle.

In June, ahead of a meeting with stakeholders, the then-minister of social development Jean-Yves Duclos was told that coming to school hungry could be the result of income, “lengthy commutes, early-morning sports practices,” or just “busy morning family routines.” That was in a briefing note, obtained by The Canadian Press under the Access to Information Act.

The reasons explain why groups want the Liberals to work toward a universal program that isn’t based solely on income: Poverty isn’t the only reason some children don’t eat.

Ms. Bays’s group is conducting 21 round tables in every province and territory to get a better sense of how a program should be framed, particularly for Indigenous communities.

Continuing talks with federal officials are important, she said, because “the more people feel that they’re engaged in what’s being put out there, the more successful that program is going to be.”

Opinion
Vancouver school lunch program should not be cut or changed, for now at least
November 24, 2019 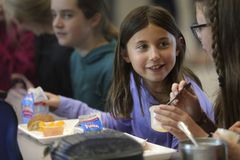 Roadmap to a healthier and more sustainable food system
September 28, 2019 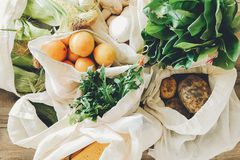 Opinion
Why you don’t need to cut your beef budget
Subscriber content
August 16, 2019 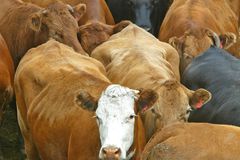