The Liberals are threatening opposition parties with an election if the Conservatives move ahead Tuesday with their attempt to create a special “anti-corruption” committee in the House of Commons.

Since Parliament resumed in September, House of Commons committees have been paralyzed by the question of whether and how to revive probes into the WE controversy. The Liberals, NDP, Bloc Québécois and Conservatives support striking a special committee but differ on its scope and who should control it.

The Liberals chafe the most at the Conservative bid, and are warning that they may pull the plug on their own government if the Tories don’t back down. Last week, the Conservatives gave notice to the House for their motion that would strike an anti-corruption committee to study the government’s ethical controversies. The earliest it could be debated is Tuesday.

“The Conservatives’ motion, that is there on the table, if it was to be debated [Tuesday] would send a clear message that there is no confidence in the government,” Liberal House Leader Pablo Rodriguez told reporters Monday.

But Mr. Rodriguez stopped short of saying whether his government would trigger an election over it. “We’ll see,” he said, when pressed multiple times by reporters. The Liberal threat was rebuffed by opposition parties who called it an irresponsible overreaction and unprecedented.

“We go from the dumbest scandal to the dumbest response ever,” NDP MP Charlie Angus said Monday.

Conservative MP Pierre Poilievre was incredulous: “No government in Canadian history has been brought down because an opposition motion passed to set up a committee.”

The ethics and finance committees have been at the centre of the standoff between the government and opposition parties since Parliament returned. Liberal MPs have filibustered and resisted reviving document-production requests that the committees in the previous session had approved before Prime Minister Justin Trudeau shut down Parliament in August.

On Monday, the Liberals proposed striking a special committee to study all government spending in response to the COVID-19 pandemic, but their pitch would allow for a disproportionate number of Liberals MPs and see the Liberals chair proceedings. The NDP proposal covers the same broad topic as the Liberals but leaves control over proceedings with the opposition.

The Conservative motion proposes an anti-corruption committee to study issues including WE’s administration of the Canada Student Service Grant, the emergency commercial rent program and reports that Robert Silver (husband to the Prime Minister’s chief of staff) lobbied the government over the wage subsidy.

The motion is “clearly an indication that there’s no confidence in what the government is doing,” Mr. Rodriguez said.

“To threaten to plunge the country into a general election while Canada is in the middle of the second wave of the pandemic, all because you want to avoid some tough questions, is simply reckless and irresponsible,” Mr. Deltell said.

The rhetoric from the Liberals shows that they “aren’t afraid of having a snap election,” said Nik Nanos, the founder of Nanos Research, and because of how their support is spread across the country, they have the upper hand in the polls. But he added “there are risks on all sides” in sending voters to the polls.

To trigger an election, the Liberals wouldn’t need to hold a vote in the House; Mr. Trudeau could “simply go to the [Governor-General] and request a dissolution,” said Philippe Lagassé, an associate professor at Carleton University.

While the wrangling continued on Parliament Hill – and in MPs’ at-home offices across the country – WE Charity released responses to outstanding questions from MPs on the finance committee, from the past session of Parliament.

In a letter to the committee, co-founder Marc Kielburger provided a breakdown of payments that the charity made to members of Mr. Trudeau’s family including his mother, Margaret. Ms. Trudeau was paid $180,000.00 in speaking fees for 27 WE Charity events between 2016 and 2020, according to the letter. She attended one other event but received no speaking fee, Mr. Kielburger said. WE also covered $163,654.74 in costs for those appearances including food, hotels, car service and flights, he added.

Mr. Kielburger added that since March 1, he and his brother, Craig, had 30 conference calls with government officials about the student volunteer program. Most were with officials at Employment and Social Development Canada, he said, adding that the “vast majority” of the calls were initiated by the civil servants.

He also released more information about two trips that former finance minister Bill Morneau and his family made to WE’s operations in Kenya and Ecuador in 2017. In July, Mr. Morneau disclosed that his family had not paid for the trips and he reimbursed WE $41,000 this past summer.

In July, WE said it invited Mr. Morneau and his wife, Nancy McCain, to visit the operations “because they are well-known philanthropists.” In the new letter, the charity said it first invited Ms. McCain, who is a member of the billionaire family that founded McCain Foods Ltd.

A footnote in the letter said that: “An invoice was not issued at the time because this trip was in good faith that the trip would result in future financial support from the McCain family.” 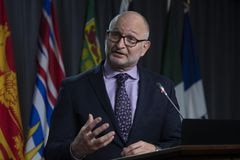 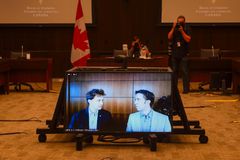 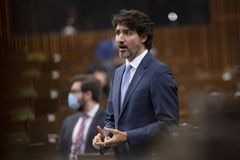 Follow Marieke Walsh and Paul Waldie on Twitter @mariekewalsh @PwaldieGLOBE
Report an error Editorial code of conduct
Due to technical reasons, we have temporarily removed commenting from our articles. We hope to have this fixed soon. Thank you for your patience. If you are looking to give feedback on our new site, please send it along to feedback@globeandmail.com. If you want to write a letter to the editor, please forward to letters@globeandmail.com.
Comments