A new poll suggests support for Justin Trudeau, his government and his party sank to a new low this month, just six months before Canadians will decide whether to re-elect the Liberals or give them the boot after just one term.

But it also provides a glimmer of hope for the beleaguered Prime Minister, suggesting that support for Andrew Scheer and the Conservatives is soft and could yet dwindle as the Oct. 21 election draws closer.

And it suggests the Liberals could rebound if the election plays out as a polarized choice between them and the Tories, squeezing out the NDP and Green party.

According to the Leger poll, conducted April 18-22 for The Canadian Press, just 27 per cent of respondents said they’d vote for Mr. Trudeau’s Liberals – 13 points behind Mr. Scheer’s front-running Conservatives, who, at 40 per cent, were in the range needed to win a majority of seats in the House of Commons.

The Tories led in every region except Quebec, where the Liberals enjoyed an eight-point lead with 31 per cent support; the Conservatives and Bloc Québécois were tied at 23 per cent.

Nationally, the NDP had 12 per cent support, one point ahead of the Green Party; Maxime Bernier’s fledgling People’s Party of Canada registered just three per cent.

Moreover, Mr. Trudeau was five points behind Mr. Scheer on the question of who would make the best prime minister, with 20 per cent to the Conservative Leader’s 25 per cent.

Still, when asked if Canada would be better off with a Liberal or Conservative government, 30 per cent chose the Liberals and 25 per cent picked the Tories. Fully 45 per cent said they didn’t know.

Among respondents who identified as primarily NDP or Green supporters, a Liberal government was preferred by 48 and 42 per cent respectively, compared to just 18 and 23 per cent who preferred a Conservative government.

“That again to me is sort of a yellow light for the Conservatives,” said Leger executive vice-president Christian Bourque, adding that Conservative support appears to be “fairly soft.”

“Yes, they are in the lead but to what extent that lead is comfortable at this point, I certainly think it’s not.”

Leger’s internet-based survey cannot be assigned a margin of error because online polls are not considered random samples. It surveyed 1,522 eligible Canadian voters who were recruited from the firm’s online panel. The results were weighted to reflect the makeup of Canada’s population.

Mr. Trudeau’s popularity has taken a big hit since the SNC-Lavalin affair erupted in early February. He has lost two senior cabinet ministers, his most trusted adviser in principal secretary Gerald Butts, and the country’s top public servant since allegations first appeared that former attorney-general Jody Wilson-Raybould felt improperly pressured by the Prime Minister’s Office to halt the criminal prosecution of the Montreal engineering giant.

The latest poll numbers are the lowest Leger has recorded for the Liberals and Mr. Trudeau since they took power in 2015.

The poll suggests potentially more trouble for Mr. Trudeau is in store following the election of openly hostile conservative governments in provinces across the country, particularly Ontario and Alberta.

Respondents were evenly split overall when asked if their province should be more demanding and contest federal decisions (as 41 per cent said) or do all it can to have an excellent and peaceful working relationship with Ottawa (40 per cent). But a plurality in Ontario and Manitoba-Saskatchewan (which Leger grouped together) and fully 60 per cent in Alberta preferred the more confrontational approach.

Moreover, a plurality or majority of respondents in every region except Ontario said their province doesn’t get its fair share from Ottawa. Even in Ontario, opinion was split, with 39 per cent saying the province is treated fairly and 37 per cent saying it’s not.

Noting that some provincial conservative leaders, including Ontario Premier Doug Ford and Alberta premier-designate Jason Kenney, won election by campaigning against the Trudeau government, Mr. Bourque said: “One more variable that Mr. Trudeau will need to consider in the next federal election is the fact that a lot of regional barons have turned people against Ottawa.”

On two other issues that might be factors in the coming election, the poll suggest the Liberals are more on side with public opinion.

While Quebec respondents were strongly in favour of banning civil servants in positions of authority from wearing obvious religious symbols – as the provincial government has already moved to do – a plurality or majority of respondents in every other region were opposed. That could be to Mr. Trudeau’s advantage: He has made the defence of Charter rights and diversity a central pillar of his political appeal.

However, Mr. Bourque said the poll suggests the issue is “not all black and white” given that sizable numbers of Canadians outside Quebec also favour banning religious symbols.

Opinion was much more clear cut on the issue of gun control. More than 80 per cent of respondents indicated support for each of three key provisions in the Trudeau government’s Bill C-71: requiring gun retailers to keep detailed registries of all gun sales, extending the police background check on a person applying for a gun permit to include his or her entire life and requiring authorization to transport restricted firearms. 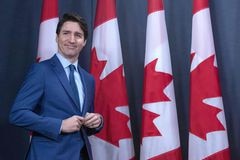 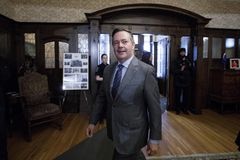 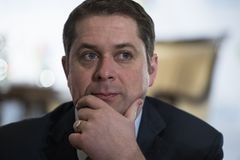