The involvement of a partisan Liberal network in judicial appointments makes it impossible for Canadians to know whether judges are being chosen on merit, legal observers say.

Dozens of e-mails obtained by The Globe and Mail show the participation of MPs, ministerial officials and party volunteers in the selection of judges on federally appointed courts, such as the superior courts of provinces. The e-mails from 2017 and 2018 also show clear tensions between the minister of justice’s office, which handles the appointment process, and the Prime Minister’s Office, which collaborates on those decisions.

The first stage of the appointment process, under the Liberals and previous governments, involves judicial advisory committees across Canada who screen candidates. The Liberal government says it improved the process in 2016, in part by making the committees more independent.

But once the screening committees have made their recommendations, a political process begins, with vetting by the justice minister (through an appointments adviser) and the Prime Minister’s Office, as also happened under previous governments. It is at this stage that a wide array of partisan voices have been making themselves heard under the Liberals.

“They’re not following the merit system. The public should know that,” said Peter Russell, a professor emeritus of political science at the University of Toronto, who helped design Ontario’s judicial appointment process. (In that process, the attorney-general chooses from a short list of candidates provided by a screening committee, which Prof. Russell says limits partisanship in appointments.)

The e-mails showed that Justice Colleen Suche, a member of the Court of Queen’s Bench, and Jim Carr, her husband, a former cabinet member and a current MP, supported identical lists of candidates in separate communications with the office of then-justice minister Jody Wilson-Raybould. Justice Suche’s involvement prompted the Opposition to call for an investigation into federal judicial appointments on Tuesday.

Neil Wittmann, a former chief justice of the Alberta Court of Queen’s Bench, said the involvement of a judge who is not an associate chief or chief justice appears to be unusual.

In his experience, first as associate chief justice beginning in 2005, and then as chief justice from 2009 to 2017, “I cannot recall any instance where any other judge of the court was consulted officially. If they were, no one told me about it.” (He was sometimes asked to comment on short lists of three, he said, and other times asked to rank the list. At times, he said, he was not consulted at all.)

He said he used the term “officially” because there may have been instances he didn’t know about where a judge was known to someone in cabinet, or where a judge offered support for someone.

“I’m not sure that that is something that judges should be doing on any court,” he said of a judge supporting a list of candidates. “Because if that’s proper and appropriate conduct, then there would be nothing to stop any other judge of the court from having a free-for-all lobby for any candidate.”

The Conservatives want the Canadian Judicial Council to investigate the role of Justice Suche in appointments.

“The fact that a sitting judge is telling political staff in the minister of justice’s office who should be appointed and where is highly inappropriate,” Conservative MP Rob Moore said in a letter to the council on Tuesday.

Mr. Carr’s spokesman said the MP was not available on Tuesday. Justice Suche has not responded to a request for comment put through the court.

NDP MP Charlie Angus said the process should be investigated by the ethics committee of the House.

“We saw the Liberals lose their mind when Stephen Harper did this. Then they get into power and they enact the same corrupt, lousy system. It undermines confidence in the judiciary,” Mr. Angus said. “We need a full investigation, we need to find out how something as important as judicial appointments could have been handled basically through Liberal operatives.”

“I’m very proud of the process,” he told reporters. “We only see the candidates who have been approved by the committees across the country. Look at their CVs. I am very proud of the quality of the people I have appointed across Canada.”

But the Liberal government has declined to say how many judges it appoints are “recommended,” rather than being highly recommended.

“For the ‘highly recommended’ category to be meaningful, governments need to indicate what percentage of the ‘highly recommended’ candidates are actually being appointed, professor Troy Riddell, who chairs the University of Guelph’s political science department, and Boise State University professor Lori Hausegger, a Canadian who chairs that school’s political science department, said in a joint e-mail. The two have written studies of partisanship in Canadian judicial appointments dating back to the 1980s.

Prof. Riddell and Prof. Hausegger said wide partisan input is not unusual, and they thought the pizza night reported on by The Globe – which involved MPs discussing candidates for appointments – was a positive idea. It “may help to circumvent somewhat ‘old boys networks’ who may tend to put forward (and see the positives) of people who are like them,” they said.

Ms. Wilson-Raybould told reporters Tuesday she was satisfied with the quality of her appointments as minister of justice between 2015 and 2019. 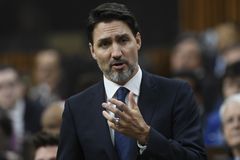 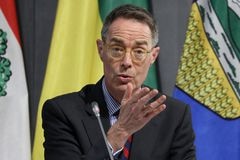 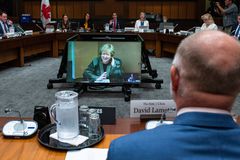