The federal Liberal government has unveiled plans to award a sole-source contract for hundreds of light armoured vehicles to General Dynamics Land Systems-Canada, while also promising the London, Ont., company a $650-million loan.

The surprise deal and loan were announced by Defence Minister Harjit Sajjan on Friday, only weeks before the federal election, sparking Conservative allegations the Liberals were trying to buy votes and distract from the SNC-Lavalin affair.

While final negotiations are still underway, the government says it plans to spend $3 billion for 360 LAVs as well as associated infrastructure upgrades and testing, which will replace two of the army’s aging armoured vehicle fleets.

The Defence Department spokeswoman Jessica Lamirande said the vehicles the government will be purchasing through the pending deal are different from those GDLS is building as part of a $15-billion deal between Canada and Saudi Arabia.

That deal has caused the company and federal government endless grief since it was brokered in 2014, partly because of criticism about the sale of weapons to the kingdom given its abysmal human-rights record.

The new LAVs are instead largely the same as those already being used by the Canadian Forces, Lamirande said, which was one reason the government decided to forgo a competition and move on negotiations with GDLS.

Awarding a contract now rather than in several years, as the Defence Department had planned, will also save time, money and prevent layoffs at the company as GDLS recently upgraded the military’s existing LAV fleet, she added.

Departmental documents show officials had not planned to start moving out on the project in earnest for several more years.

During an event with Sajjan in London on Friday, GDLS vice-president John Ellison underscored the economic importance of the sole-sourced deal, saying it “represents good jobs for our employees and our network of suppliers in all regions of Canada.”

Neither the government nor GDLS provided details about the loan, including whether it was intended to cover a shortfall in payments from Saudi Arabia.

Conservative defence critic James Bezan blasted the Liberals over the timing of Friday’s announcement even as he expressed his party’s support for GDLS and the purchase of needed equipment for the military.

“After failing to deliver for the Canadian Armed Forces over the past four years, the Liberals are now desperately using the needs of our military to distract from Justin Trudeau’s SNC-Lavalin corruption scandal right before an election,” he said in an email.

“While GDLS is a trusted partner and Conservatives support its workers, today’s announcement is nothing but cynical electioneering from a scandal-plagued Liberal government that will do anything and say anything to cling to power.”

Southern Ontario has long been a battleground region for the three major parties, with the Liberals and NDP fighting for the urban centres of London, Kitchener-Waterloo and Windsor while the Tories have taken large swaths of the rural countryside.

Asked about the announcement’s timing, Public Procurement Minister Carla Qualtrough’s spokeswoman Ashley Michnowski said the project was part of the Liberals’ 2017 defence policy “and has been planned over many months.

“This project is important to ensure the Canadian Armed Forces have the equipment they need to do the work we ask of them.”

Qualtrough’s office also said the project would sustain 1,650 jobs in the London area and around 8,500 across Canada, “bringing certainty to both GDLS and the community of London.”

Defence analyst David Perry of the Canadian Global Affairs Institute said he believes the pending deal with GDLS, much like the government’s decision to add a third shipyard to its national shipbuilding plan, could have been announced months earlier.

The process for naming that shipyard was launched two weeks ago after more than a year of discussion, with many observers expecting the government to choose Davie Shipbuilding in Levis, Que.

“But that doesn’t mean some of these on their own aren’t actually objectively good ideas,” he said.

“What they did today was smart…. It’s clearly an important opportunity to move a program significantly faster than intended because this project wasn’t slated to go for another three or four years.”

The institute, which describes itself as a non-profit organization specializing in non-partisan, unbiased and independent analysis of Canadian public policy options, reported in its most recent annual report that General Dynamics Land Systems was one of several of its financial sponsors. 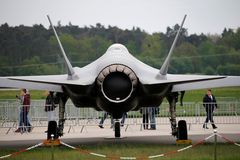