John Ibbitson
Published May 13, 2020 Updated May 13, 2020
For Subscribers
Comments
Please log in to listen to this story. Also available in French and Mandarin. Log In Create Free Account

Any hope of economic recovery in Canada from the novel coronavirus pandemic hinges on the American economy recovering first. This is the worst possible news. For the United States is self-immolating.

“There has been a coup within the Republican Party, and the irrational part has taken over," says Brian Bow, a political scientist at Dalhousie University who studies Canada-U.S. relations. “What it means for us is serious trouble.”

The pandemic has savaged both the American and Canadian economies. Borders are closed, tourism and hospitality industries have cratered, airlines are on government life support, supply chains are disrupted, retail is operating at a fraction of normal, food security is at risk. Both economies are contracting and unemployment increasing at a frightening pace.

This is the inevitable economic emergency brought on by COVID-19, which forced both countries to shut down their economies. But the U.S. is doing everything in its power to make things worse.

“The United States poses a huge threat to its trading partners and to key international institutions,” says Kristen Hopewell, who specializes in international trade and global governance at the University of British Columbia. “They are mishandling both the health and the economic crisis.”

President Donald Trump’s statements are increasingly contradictory, as he blames state governors, the media and the Chinese for the rising death toll and economic wreckage, while simultaneously insisting that his administration has performed flawlessly in combating the disease.

"The U.S. is a country whose President has given up,” observes Judy Garber, a political scientist at the University of Alberta who studies American politics. At the President’s urging, governors in many states are risking a second wave of COVID-19 infections by reopening their economies sooner than epidemiologists advise.

Consequently, Prof. Garber says, “if things are under control in Canada, I would keep the border with the U.S. closed."

On top of that, Congressional Republicans want to cut back on stimulus and financial supports, especially for states with Democratic governors.

And rather than working to preserve open trade, the U.S. is openly attacking international institutions, including the World Trade Organization and World Health Organization, while threatening, yet again, to launch a trade war with China.

Long-time skeptics of Canada’s close ties with the U.S. say now is the time to become more self-sufficient and to diversify export markets. But self-sufficiency is impractical for a country with fewer than 40 million people strung out across the top of a continent.

As for diversification, “Canadian governments have been trying to diversify Canada’s export markets for the last hundred years, with only limited success," Prof. Hopewell points out. And the pandemic, which has closed borders around the world, makes diversification even more difficult.

China – belligerent, aggressive, contemptuous of the rule of law – is hardly an inviting alternative. The European Union faces its own internal challenges, as democracy slides away in some countries and others face economic ruin.

Further diversify trade? We’ll be lucky to keep what we’ve got.

So long as the fearful, angry, insular, nativist supporters of Mr. Trump and many (though not all) Republicans in Congress and state houses control the American agenda, this awful situation will get worse. A second wave of infection in the U.S., and/or a fresh round of sanctions and tariffs from the President could turn the current severe recession into a depression that lasts years.

But there is more to the United States than the likes of the National Rifle Association. While the Democratic Party has its own internal struggles and, at 77, former vice-president Joe Biden is a less-than-ideal candidate, a Biden presidency might restore some sanity to American economic and foreign policy. He is ahead in the polls, but Mr. Trump has the advantage of incumbency. So even odds.

Beyond that, says Prof. Bow, Canada “should borrow money and spend it,” on training, job creation and infrastructure, to prepare the work force for whatever economy emerges from the the wreckage. While Prof. Hopewell urges the federal government “to work with like-minded countries, where possible, to try to maintain the key institutions and rules of the liberal international economic order.”

The coronavirus pandemic has highlighted and accelerated the cultural civil war in the United States. The nativists are winning, but they haven’t won yet.

The November elections will be critical for America, for Canada, for the world. 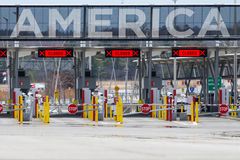 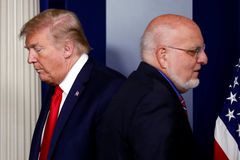 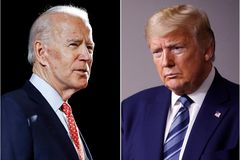