Repeatedly delayed plans to establish a military refuelling facility in Canada’s High Arctic have once again fallen behind schedule.

The Department of National Defence said it will now be 2023 before the Nanisivik Naval Facility is operational – 16 years after it was first announced. It was originally supposed to be up and running by 2013.

Russian President Vladimir Putin’s military assault on Ukraine has renewed calls for Canada to build up its permanent footprint in the Arctic, where Russia is this country’s neighbour.

Gary Mason: Russia has designs on the Arctic. How will Canada respond?

Experts say the chronic delays that have plagued Nanisivik demonstrate the difficulty Canada has had in doing so. “You see a pattern here,” said Ken Coates, the Canada Research Chair in Regional Innovation at the University of Saskatchewan.

National Defence blames the challenges of construction in the Arctic and the COVID-19 pandemic.

But Rob Huebert, a political scientist at the University of Calgary, said insufficient interest among decision makers in Ottawa is the real problem. “It’s a lack of political will. I just don’t think they take Arctic sovereignty issues seriously.”

In 2007, the deep water port of Nanisivik, near the tip of Baffin Island, was a key part of Canada’s Arctic strategy to extend the operational range of the navy in the Arctic and offer another refuelling option for civilian vessels. 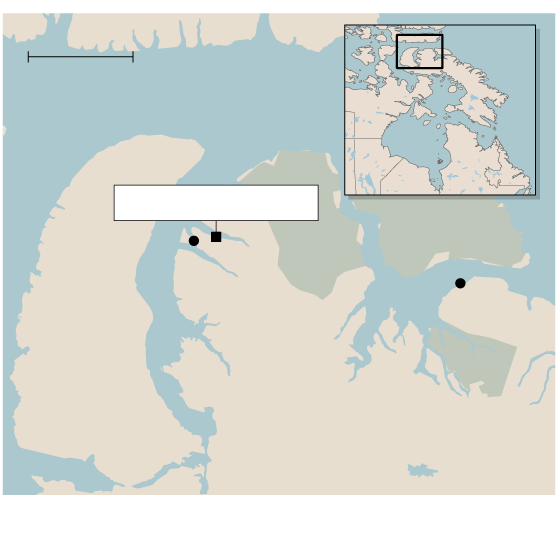 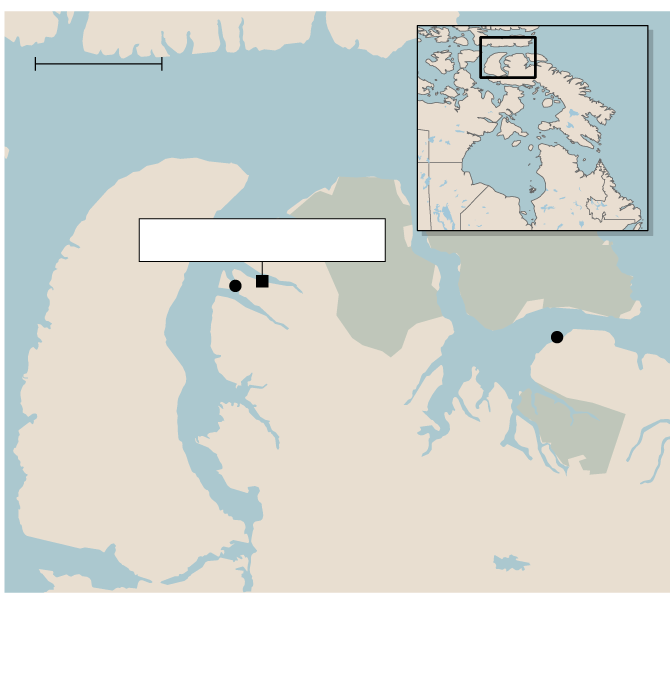 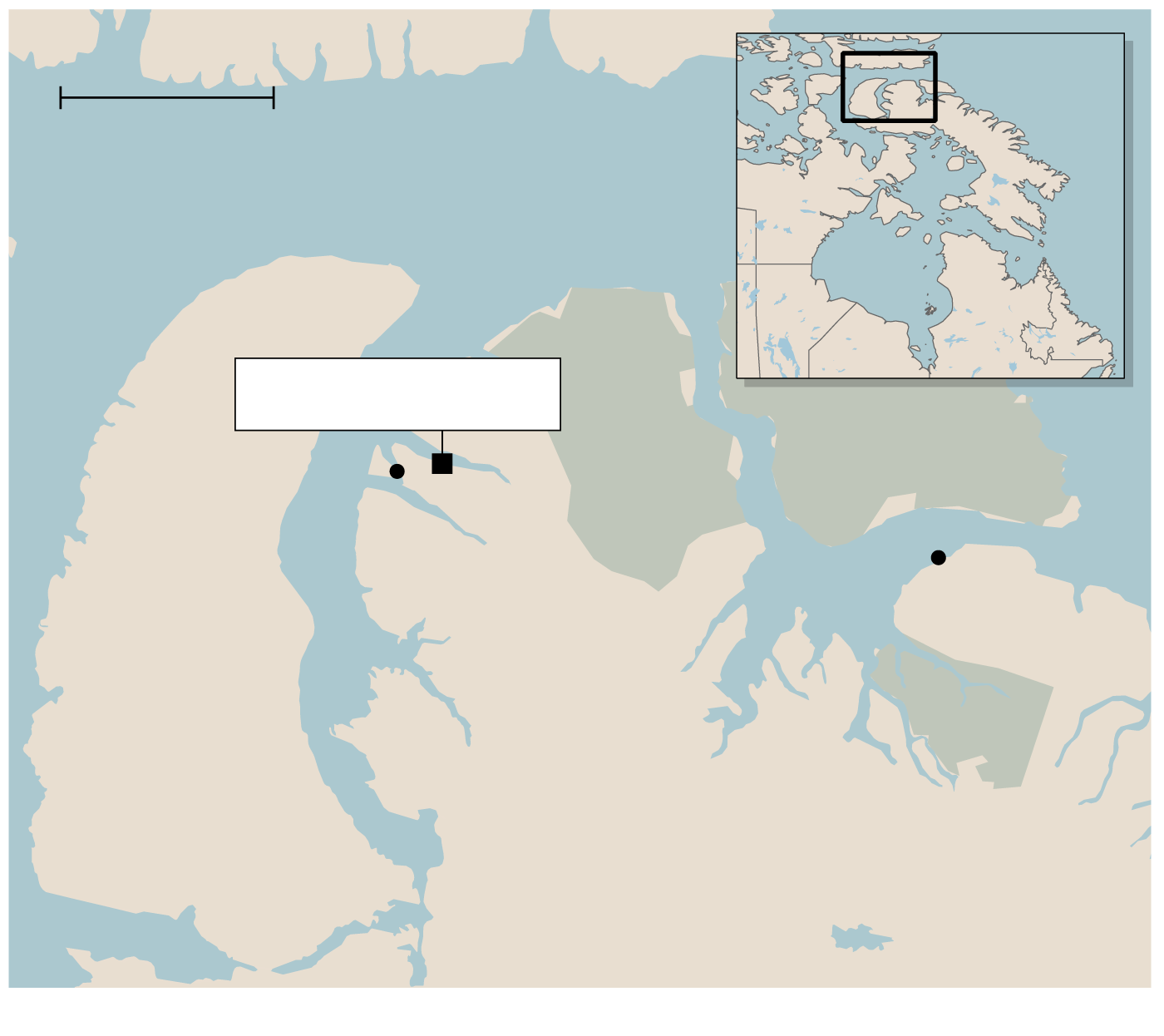 Then-prime minister Stephen Harper stood on the wharf at Nanisivik, home to a shuttered zinc-lead mine, and said the facility would help bolster Canadian sovereignty. He cited this as one example of how Canada was establishing a “real, growing, long-term presence in the Arctic.”

The task for the Canadian government did not include erecting the cellular dock structure that comprises the wharf itself; it was built in the early 1970s when a mining company wanted water access to Nanisivik.

It wasn’t long, however, before Ottawa’s ambitions for Nanisivik, chosen for its proximity to the entrance to the Northwest Passage, were scaled back.

Originally there was to be a jet-capable airstrip and year-round staffing and service. But rising costs prompted a rethink.

Nanisivik was supposed to be operational by 2013, but in early 2012, military planners significantly scaled back what will effectively be a summer-season filling station for vessels.

It delayed until at least 2017. And the delays continued year after year.

“Infrastructure work in the Arctic poses many challenges; one of which is logistics. For example, work has to be planned a year ahead of time in order to get the material to the site, and the department counts on sea and air transport to be on time,” said Dan Le Bouthillier, head of media relations at National Defence.

“Another major challenge is the weather, which forces a short construction season: June through September,” he said. “The weather can also change quickly from sunny and calm to foggy and extreme wind and cold at any time.”

Other difficulties “include those posed by wildlife and icebergs.”

The government said the COVID-19 pandemic disrupted plans for on-site work originally scheduled for 2020. Plus, it said, a main road connecting the Nanisivik Naval Facility to the nearby hamlet of Arctic Bay was washed out in the spring of 2021. “As a result, the contractor was unable to access the worksite for the 2021 construction season.”

There is still no naval distillate fuel stored onsite. So far, fuel tanks have been installed, wharf decks resurfaced, and fuel pipes and pumps installed. A motor control centre building and wharf operator’s shelter were installed as well as a general-use storage building.

“We now expect the fuelling facility to be completed by September, 2022, with initial operational capability targeted for summer, 2023,” Mr. Le Bouthillier said.

The University of Calgary’s Prof. Huebert noted that in the past 16 years Russia has reopened and modernized 13 Cold War-era military bases across the Arctic as well as dozens of other smaller posts.

“They can find the political will to make that happen and we can’t get Nanisivik up and running?”

Prof. Huebert said he thinks Mr. Harper became distracted by the Afghanistan war after his initial efforts in the Arctic.

He said the Liberal government that followed has focused more on the worthwhile goal of reconciliation with Indigenous people, including the Inuit, than Arctic sovereignty.

Earlier this month, Canada’s top soldier, Chief of the Defence Staff General Wayne Eyre, told an Ottawa defence conference the threat of invasion of a Canadian Arctic island “right now is very low.” He added, however: “That is not to say it wouldn’t change decades in the future.”

Prof. Coates said he thinks it’s time for Canada to set up a base in the North. Canada has a signals listening post at Canadian Forces Station Alert at the top of Ellesmere Island but no significant footprint in the region. “We’re a southern, urban country where the Arctic is an abstraction,” he said.

“If you’re a serious country you maintain a significant military capability in all parts of the nation,” he said. “We live like Norway when we’re the size of Russia.”

General Wayne Eyre, Chief of the Defense staff, spoke at the Conference on Security and Defense on March 10. With the rules-based international order challenged by Russia's invasion of Ukraine, the General spoke about Russia's military activity north of Canada and the realities of a conflict in that challenging environment.

opinion
Canada must do its part to defend the Arctic. That requires F-35 purchases and NORAD modernization
December 28, 2021
opinion
Canada cannot claim Arctic sovereignty unless we find the political will to replace our submarines
July 23, 2021
Russia seeks bigger piece of Arctic Ocean seabed; expert worries about consequences for Canada
April 11, 2021
Canadian Forces on Russia: 'It's not inconceivable our sovereignty may be challenged'
Video
March 14, 2022