Canada has added dozens of names to its list of Russian companies and individuals targeted for sanctions over Russia’s actions in Ukraine – including two prominent Kremlin-linked businessmen who had been controversially excluded from previous rounds of sanctions.

Canada moved in step Friday with the United States and European Union in releasing the latest sanctions list, which the Department of Global Affairs said was a “response to Russia’s aggressive actions in the Black Sea and Kerch Strait." In that Nov. 25 incident, Russian warships fired on and boarded three Ukrainian military vessels in international waters off the coast of the Crimean Peninsula, which was itself seized and annexed by Russia in 2014.

Twenty-four Ukrainian sailors were detained after the clash. They are now facing trials in Russian courts.

“Canada and its allies are unwavering in our support for Ukraine’s sovereignty and territorial integrity. Russia’s provocations in the Kerch Strait and its illegal invasion and ongoing occupation of Crimea will not go unchecked,” Foreign Affairs Minister Chrystia Freeland said in a statement.

Notable among the names added to Canada’s list – which includes 114 individuals and 15 entities – were Vladimir Yakunin, a long-time confidant of Russian President Vladimir Putin and the former head of the state-owned Russian Railways, and Igor Sechin, one of the most powerful men in Russia and the head of the giant Rosneft oil company.

Mr. Yakunin was targeted by U.S. sanctions in March, 2014, days after Mr. Putin signed the law formalizing the annexation of Crimea, and described by the U.S. Department of the Treasury as a “close confidant” of the Russian President. Mr. Sechin was added a month later. Both men, however, escaped mention on the Canadian and EU lists.

That effort appears to have either ceased or finally fallen short. Bombardier did not provide answers to questions on the matter Friday, saying it was not provided enough time to do so.

The Liberal Party promised during the 2015 election campaign that it would add Mr. Yakunin and Mr. Sechin to Canada’s sanctions list, a promise that was only delivered on Friday. The promise came in a written reply from Liberal Party headquarters to questions from the Ukrainian Canadian Congress (UCC), a lobby group.

“The sanctioning of Yakunin is a strong signal to Putin’s inner circle that their disgraceful actions against peace are unacceptable to the international community, and that these actions have consequences,” said Ihor Michalchyshyn, executive director of UCC. "We call on Bombardier to demonstrate their commitment to the values of democracy, peace and human rights, which define us all as Canadians, and discontinue their commercial dealings with allies of the Putin regime.”

Global Affairs Canada did not immediately respond to a request for further information about the timing and reasons for Mr. Yakunin’s sanctioning.

Mr. Yakunin seemed blindsided by Friday’s developments, which he heard about only when a Globe and Mail reporter contacted his spokesman. In a written reply, Mr. Yakunin said the sanctions would not harm him since he had no assets in Canada or plans to visit the country.

But Mr. Yakunin was clearly perplexed by the decision, saying that he had positive dealings with Canada and Canadian businesses during a long career that had produced an “unprecedented level of co-operation.”

“Even after leaving my office almost four years ago, I never betrayed the confidence that they placed in me at that time. This makes the official grounds for sanctioning me all the more bizarre. Looking at the stated reasons by the Canadian authorities, they have absolutely nothing to do with me.”

Bombardier’s close relationship with Mr. Yakunin was cemented in 2010 when Bombardier launched a joint venture with Russian Railways known as Elteza, after a signing ceremony in Moscow between Mr. Yakunin and Bombardier’s then-chief executive, Pierre Beaudoin.

Unmentioned at the time was the fact Elteza – which was to produce Bombardier’s signature EbiLock signalling systems for the Russian market – had two other partners: a pair of Cyprus-based shell companies controlled by Mr. Yakunin’s business associates.

Internal Bombardier documents that were made public in 2017 as part of a corruption investigation in Sweden showed that the owners of those Cypriot shell companies, Alexey Krapivin and Yuriy Obodovsky, were the key players behind a network of shell companies that bought signalling systems from Bombardier Transportation Sweden and sold them on to Russian Railways affiliates at a substantial profit.

Russian media reported last year that both Mr. Krapivin and Mr. Obodovsky were being sought by police as part of a separate corruption investigation in that country.

Grigory Levchenko, a spokesman for Mr. Yakunin, said Mr. Yakunin “knew Krapivin (like many others in the industry), but never had any business matters with him. As to Obodovsky, he can hardly recall whether he had met him at all.” 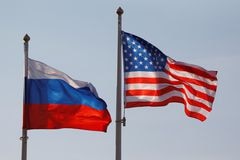 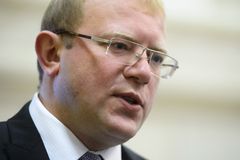