Once Maxime Bernier set out a shingle for a new party that claimed to stand for free speech in Canadian politics, it was inevitable that there would be some kooky claims from partisans of the People’s Party of Canada. Who knew they’d come from Mr. Bernier himself?

There was Mr. Bernier last week tweeting alarmist questions about whether Prime Minister Justin Trudeau is loyal to Canada or a future “World Government.”

You might dismiss that as a fringe-party leader starting to believe tinfoil-hat conspiracy theories, but that’s not what it is. It’s clickbait politics. Mr. Bernier is trying to fill the ranks, and the coffers of his fledgling party, with provocative tropes. Try one, get a reaction, try more.

The basis for his allegation that the Prime Minister is loyal to a global government is that in 2010, Mr. Trudeau reportedly expressed support for a campaign to create something called the United Nations Parliamentary Assembly, which would add an assembly of elected (rather than appointed) representatives to the United Nations.

Now, the UNPA is a misguided idea for many reasons. It should be noted that Mr. Trudeau hasn’t said much about it since 2010, and his government isn’t touching the idea, but it is totally fair to needle him for having put his name to a dumb notion.

Yet, it’s bonkers to suggest Mr. Trudeau is part of a fifth column of global-government operatives trying to dismantle Canada from the top.

“IS HE LOYAL TO CANADA OR LOYAL TO A FUTURE WORLD GOVERNMENT THAT WILL DESTROY CANADA?” Mr. Bernier tweeted.

That particular allegation isn’t Mr. Bernier’s original thought – it has been aired for years, with the charge that Mr. Trudeau is a globalist traitor, in odd little corners of the internet. Does Mr. Bernier really believe it? Well, some people do, and it gets a reaction.

It’s too bad that clashes with all those speeches lauding the UN that Mr. Bernier made as foreign affairs minister a decade ago – excerpts of which are now being gleefully tweeted by a few Conservative partisans.

Maybe none of Mr. Bernier’s cynical conspiracy peddling matters. His new party barely registers a pulse in public support; the latest round of Nanos Research surveys found that just 1.4 per cent of voters say they support his People’s Party.

Mr. Bernier doesn’t have a big following yet, but the Conservatives will worry about their flanks. Mr. Bernier is trying to push the most reactive hot buttons – including multiculturalism, gun laws and globalists.

His party nominated a social-conservative candidate for the Burnaby-South by-election, former evangelical Christian TV host Laura Lynn Tyler Thompson, who was rejected by the Conservative Party, which considered her vociferous campaigns against gender-identity sex-ed programs too toxic.

Mr. Bernier’s party didn’t go out to recruit Ms. Tyler Thompson – she came to them as an early supporter. But his team is hoping that accepting a controversial social-conservative advocate will draw in others who feel the Conservatives are afraid of open talk about causes such as outlawing abortion.

That makes Mr. Bernier a new wrinkle on the Conservatives' old challenge of keeping social conservatives on board without turning off swing voters.

But there are newer constituencies on Canada’s right, big or small, that Mr. Bernier is trying to take, too, including folks who respond to tweets about World Government. Mr. Scheer’s party has to decide if it’s going to compete on that terrain – because Mr. Bernier is trawling for clicks.

Jagmeet Singh gets his chance for a seat as Trudeau calls three by-elections
January 9, 2019 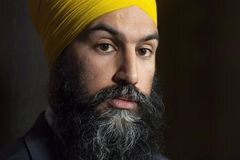 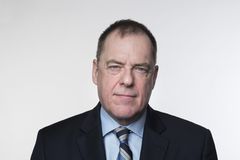 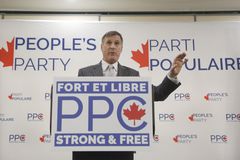