Major Kellie Brennan told members of Parliament that former chief of the defence staff Jonathan Vance ordered her to lie about their relationship and told her there would be “consequences” if she did not follow his orders.

Mr. Vance was allegedly involved in a relationship with Maj. Brennan, a subordinate, that she says began in 2001 and continued after he was named defence chief in 2015. He is facing allegations of inappropriate behaviour with two female subordinates, including Maj. Brennan, while he was in that position. He has denied any wrongdoing.

It is against the rules to have a relationship with a subordinate in the military. Maj. Brennan offered a window into the dynamics of their relationship, saying she did not have the ability to say no to Mr. Vance, because “they were his orders.” She said he wanted her to keep the relationship quiet.

“I’m a soldier who served and that service for me has left battle scars … and I was the subject of many intense and unfair power dynamics throughout my career,” Maj. Brennan said in testimony before the House of Commons status of women committee Thursday night.

“In my experience, in many different areas, the law does not apply to him,” Maj. Brennan said, referring to Mr. Vance’s position in the military. “On a personal note, he fathered two children with me. He’s not responsible to pay or to have those children under his responsibility. It’s all up to me.”

He threatened that she would be questioned by his spouse, a lawyer, if she didn’t say the right thing about their relationship, she said. The message was the same: “That I had to stay silent.” Mr. Vance and the spouse are still together.

Maj. Brennan said she has been interviewed by the Canadian Forces National Investigation Service (CFNIS) twice, for six hours on each occasion. She has provided it with evidence, e-mails, text messages and testimony. She said she asked the CFNIS officials whether they had the mandate to investigate and the power to lay charges and they would not answer her.

“[Mr. Vance] told me he was untouchable, he owned the CFNIS,” she said.

“I definitely feel that there will not be justice for me and in all honesty that’s okay because if my speaking out can change everything for other women to come forward and change our policies that’s okay with me,” she said.

Maj. Brennan said human-rights violations are still happening in the military. She said women want to be free from an environment where they are questioned, catcalled, looked down on and “seen as prizes and trophies and assaulted.”

She said she went to work every day with a knot in her stomach, saying it shapes the way “you walk down a hallway, the way that you then perceived men.”

Maj. Brennan said women are often penalized when they come forward and live in fear of what will happen, that they are looked down on, or shuffled quickly out of positions.

“The guilt that women feel also puts them in a prison where they are made to feel shame and that’s by the very institution that they’re committed to serve and still want to serve.”

Maj. Brennan said the military justice system needs reform, including improving investigations and that leadership needs to be part of the solution. She said the chain of command needs to accept that there has been failure.

Earlier the committee heard from Major-General Steven Whelan, acting Commander of Military Personnel Command for the Canadian Armed Forces, who replaced Adm. Edmundson about a month ago.

Maj.-Gen. Whelan said the culture needs to change and he accepts the criticism that senior leaders have allegedly perpetrated the same behaviours they rejected while in uniform. “Absolutely anybody, anyone, regardless of rank has to absolutely be held accountable,” he said.

“We also need to work to regain the trust that’s been lost from some of our teammates,” he said.

The Trudeau government has also faced criticism over the way it responded to a separate allegation of sexual misconduct against Mr. Vance.

Last month, former military ombudsman Gary Walbourne told the national defence committee that in 2018, a complainant had told him about an allegation against Mr. Vance, who was defence chief at the time, in confidence. He said that he tried to show the evidence to Defence Minister Harjit Sajjan, and that the minister refused to look at the evidence.

That complainant told media recently that she shared the allegation with Mr. Walbourne hoping it would be dealt with discreetly and that her intent was for Mr. Sajjan to deal with it at an appropriate time and reconsider “how Operation Honour was commanded” and Mr. Vance’s mandate.

Mr. Vance launched Operation Honour in 2015. It was designed to eliminate harmful and inappropriate sexual behaviour within the Forces and was established after former Supreme Court justice Marie Deschamps issued a report on sexual misconduct within the military.

Mr. Sajjan has repeatedly said he did everything he could at the time, such as alerting his chief of staff who flagged the matter with the Prime Minister’s Office. The PMO then followed up with the Privy Council Office (PCO), the department that supports the prime minister and cabinet. But the PCO’s Janine Sherman met with Mr. Walbourne and was not able to obtain any more information. Mr. Walbourne has said he did not have the complainant’s permission to investigate.

Lieutenant-General Wayne Eyre, acting chief of the defence staff has vowed to work on changing the culture of the military.

Last month, Prime Minister Justin Trudeau said the government will create an independent mechanism for reporting allegations of sexual misconduct in the Canadian Armed Forces. On Monday, Ottawa signalled in its federal budget that it plans to establish new external oversight mechanisms to bring in greater independence to the processes for reporting sexual misconduct in the military.

Elder Marques, a former top aide to Prime Minister Justin Trudeau, is expected to testify before the House of Commons national defence committee on Friday, the last day of the hearings of that committee’s probe into sexual misconduct in the military, which the Liberals and the Bloc Québécois shut down. 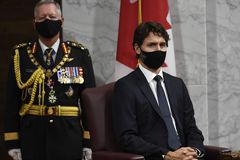 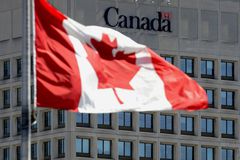 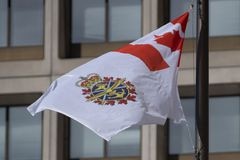