A majority of Canadians lack confidence in Iran’s willingness to give international investigators full access to the Flight 752 crash site and evidence related to the disaster that killed dozens of Canadians, a new poll says.

“The [poll] research suggests that Canadians are skeptical of a fulsome disclosure by Iranian authorities of what transpired in the tragic downing of a Ukrainian International Airlines flight because the Iranian military itself downed the plane,” pollster Nik Nanos said.

Flight 752 was shot down on Jan. 8, hours after Iran fired several volleys of ballistic missiles at U.S. military targets in Iraq, in response to the U.S. assassination of a senior Iranian commander. Iran’s military has since said it shot at the airliner because it was mistaken for a cruise missile. The crash killed all 176 people on board, including 57 Canadian citizens and 29 permanent residents of Canada.

Iran has asked to be provided the equipment needed to download the contents of the plane’s flight recorders. Speaking to reporters in Ethiopia on Sunday, Foreign Affairs Minister François-Philippe Champagne said Iran doesn’t have experts who can analyze the recorders and urged the regime to send them out of country for proper examination.

Canada has also asked the United Nations aviation agency for its help in urging Iran to give up the flight recorders. The International Civil Aviation Organization sets air-safety standards for the international community, but the standards are non-binding. In a statement, ICAO said its council president is sending a letter to Iran’s civil-aviation authority to remind it of its obligations under the agency’s convention.

Payam Akhavan, a Tehran-born professor of international law at McGill University, said he is not surprised by the poll results and the fact that Canadians are “highly skeptical about Iran’s ability to conduct an impartial investigation."

"We’re dealing with an authoritarian government with an appalling human-rights record,” he said.

Prof. Akhavan said Canada has a few options at its disposal if Iran refuses to co-operate with the crash investigation, including a dispute through ICAO. He said ICAO could suspend Iran if it was found in contravention of the agency’s convention, which would make it difficult for international flights to enter Iranian airspace. He said Canada could also take Iran to the International Court of Justice over its refusal to provide a proper investigation into the crash and the lack of compensation for the families of victims.

The Nanos poll also found that more than half of respondents either support – 21 per cent – or somewhat support – 32 per cent – Canada re-establishing diplomatic relations with Iran, while 37 per cent oppose or somewhat oppose, and 9 per cent are unsure.

The former Conservative government expelled Iranian diplomats and closed the Canadian embassy in Tehran in 2012 over concerns about Iran’s nuclear program, its deplorable human-rights record and its support for Syria. The Liberal government, which once promised to re-engage with Iran, said it is currently focused on accountability and justice in the wake of the Flight 752 crash.

The poll surveyed 1,003 Canadians via phone and online surveys between Jan. 27 and 29; the margin of error is plus or minus 3.1 percentage points, 19 times out of 20. The results were statistically weighted by age and gender using the latest census information, and the sample is geographically representative of Canada. 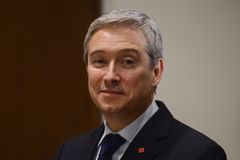 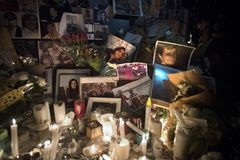