Most of the people working at Canada’s visa application centre in China’s capital city are directly employed by a police-owned company, the federal government says.

Fourteen per cent of the staff in the Beijing centre work for VFS Global, the company paid to run Canada’s visa centres abroad. The remainder – 86 per cent – are employees of Beijing Shuangxiong Foreign Service Co., a subcontractor owned by the Beijing Public Security Bureau, according to a written response to questions from Michèle LaRose, spokesperson for Public Services and Procurement Canada.

VFS has said it is obligated to use local partners under Chinese law. The Canadian government has made public assurances that its contracts, systems and audits protect the privacy of applicants who provide information through a centre closely tied to the Beijing police.

“We vet every single person who works for the visa application centres, as well as those who are subcontracted,” Immigration Minister Marco Mendicino said Monday in answer to questions at the House of Commons standing committee on citizenship and immigration.

But Beijing Shuangxiong hires its own staff, who are vetted by VFS, not the federal government, Ms. LaRose said.

VFS, which operates 11 Canadian visa centres in mainland China, is “responsible for verifying the reliability and trustworthiness of all employees at the visa centre in Beijing prior to employment,” Ms. LaRose said. Ottawa is informed “of any findings that would affect the employee’s security status.”

Richard Fadden, a former director of the Canadian Security Intelligence Service, who served as national security adviser to two prime ministers, recently said Ottawa should end this arrangement in Beijing. “An instrument of the Chinese government has access to a facility in China with connections to Immigration, Refugees and Citizenship Canada,” he said. “I cannot think of a more promising entry point for China’s cyberspies.”

VFS has said it conducts “deep identity, credit, criminal, residency, education and employment checks” on employees, uses encrypted systems to send application information to Canadian servers, and employs a raft of measures to secure information, including an obligation for employees to hand over mobile phones to managers inside the visa centre.

A Beijing government report states that at least one of the managers for the Canadian visa centre in the city was a person hired by Beijing Shuangxiong from Beijing Youth Politics College, a school that trains new generations of Communist Party leadership.

The involvement of Beijing’s powerful police in Canada’s visa system has raised concern among opposition parties in Ottawa.

Beijing Shuangxiong’s employees and management include members of the Chinese Communist Party, or CCP.

“Isn’t this enough for this contract to be cancelled?” Ms. Kwan asked.

She added: “If I was somebody who was submitting an application to that visa office centre, I would be very concerned knowing it is owned by the Beijing police and the person who is the general manager for that company is selected by the CCP.”

Catrina Tapley, deputy minister of the Department of Citizenship and Immigration, responded: “We are soberly aware of the risks of doing business in China.”

The department has conducted 23 site visits to its application centres in China since 2018, Ms. Tapley said. Canada has 11 such centres in mainland China and one in Hong Kong. Other centres, also operated by VFS, have different subcontractors.

Mr. Mendicino said the government of Canada is not aware of any data breaches from his department in the past six months. Safeguards protect for applicants in Beijing and other visa application centres, or VACs, he said.

“We have in place the surveillance and video that is required to monitor every single interaction that requires uploading information and biometric information which is sensitive. Once that information is uploaded to a government system, it is then erased. We monitor the compliance with those checks and balances.”

In a written response to the committee, VFS said access to video surveillance recordings are “only provided to IRCC-cleared VAC managers for monitoring.”

The company, based in Zurich and Dubai, declined to provide information on how many members of the Communist Party work at the Canadian visa centre, citing Chinese employment and discrimination law.

“All of our employees, regardless of their political party membership or affiliation, are subject to the same rigorous security screening, background checks and protocols that apply to our operations around the world,” the company said.

Some of the internet routers used in the Canadian visa centres are made by Huawei, VFS said. But “this raises no cybersecurity concerns,” the company said.

It added: “Given all the security safeguards we deploy, there is no basis for the concerns expressed that visa applicant information collected at VFS-operated VACs is somehow communicated to the CCP, the government of the [People’s Republic of China] or any other unauthorized third parties.” 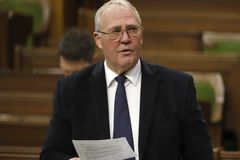 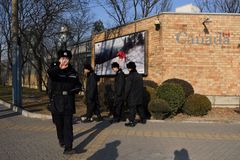 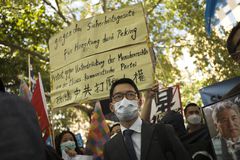