The federal parties are being asked to make clear campaign pledges for boosting manufacturing jobs, including simplified tax breaks and plans to address labour shortages among skilled trades.

In a plan released Wednesday, ahead of the federal election campaign, the Canadian Manufacturers and Exporters association outlines 10 issues it would like the parties to address in their policy platforms.

At the top of the list are new measures to tackle what they say are labour shortages. Dennis Darby, the industry group’s president, says this can include encouraging young people to take up skilled trades and easing immigration rules for both entry-level and highly skilled workers.

While the government boasts that Canada’s economic growth rate has been among the strongest in the Group of Seven recently, the CME points to less flattering statistics when it comes to the manufacturing sector.

“We’ve been falling behind relative to our peers,” Mr. Darby said.

A CME report released this year noted that Canada has had the second-poorest record in manufacturing productivity growth in the G7, ahead of only Italy, for a decade and a half. Between 2002 and 2017, labour productivity in Canadian manufacturing has increased about 20 per cent, compared with 50 per cent in the United States and more than 100 per cent in South Korea, Taiwan and Eastern Europe.

Manufacturing accounts for more than 10 per cent of the Canadian economy and touches a wide range of key industrial sectors, including automotive jobs, food processing, forestry, pharmaceuticals and energy production and transmission.

Mr. Darby says he frequently hears from business owners who feel the need to hire consultants just to find out if new spending on their facilities will qualify for federal incentives.

“Sometimes companies say: ‘It’s so hard to get access that I just won’t even try,’ ” he said. “That’s regrettable. So that’s an opportunity for Canada. We can do better.”

The CME’s wish list includes a widely shared desire among business groups and economists for a new round of comprehensive tax reform so the system encourages exports and improves productivity. It also stresses the need to improve the regulatory approval process for new natural resource projects.

Finance Minister Bill Morneau announced a major package of incentives for manufacturers and other businesses in his November, 2018, fall fiscal update. The update devoted almost $15-billion in tax breaks over five years to increase the deductions available to companies that make new investments in machinery and equipment.

The measures were meant to address concerns that similar tax cuts by the Trump administration had hurt Canada’s competitiveness.

Mr. Morneau followed up the fall update with a March pre-election budget that included $586.5-million a year in new benefits through the Employment Insurance system to help offset lost income when a person takes a break from their job to take a course and improve their skills.

Mr. Darby said those measures were a good start but it is too early to say how effective they will be.

A Finance Department official said data are not yet available on the impact of the tax breaks, while the EI Training Support Benefit is not expected to launch until late 2020.

Conservative finance critic Pierre Poilievre noted that his party opposed the government’s Bill C-69, which many business leaders warned will further delay approvals for large infrastructure projects, and will be promising measures to boost business investment.

“The idea that business gives its money to government and then hires an army of accountants and consultants to fill out application forms in order to get some of it back makes very little sense,” he said. “We think a free-market, low-tax environment will allow our businesses to grow, invest and hire in the best interests of our economy.”

NDP Leader Jagmeet Singh has announced high-level pledges to develop a national industrial strategy and has said an NDP government would focus on encouraging cleaner transportation, including electric vehicles. 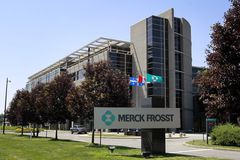 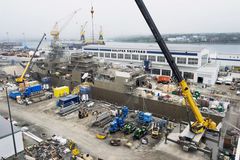 Explainer
Why the U.S. quest for cheaper medications imported from Canada is one laden with hurdles
August 1, 2019 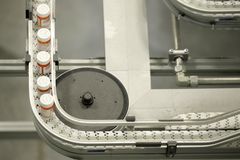