If the words she spoke Monday at her installation are a sign, Mary Simon will be a governor-general who truly makes a difference in the life of this nation.

“I have always viewed Canada as a metaphor for family,” she told a COVID-limited gathering in the Senate. “As members of our large and diverse Canadian family, we have to replace the hurt with hope and find the grace and humility to stand together and move towards a more just and equitable future.”

The duties of a governor general are largely ceremonial, though they can also be quite significant. Ms. Simon will preside over and attend public functions. She will, most likely, read a Speech from the Throne after a new ministry forms following an expected fall election. She may be required, as governors-general Julian Byng and Michaëlle Jean were, to decide whether to grant the wish of a prime minister during a constitutional dispute. These are roles and powers of the Queen’s representative in Canada.

But Ms. Simon has a greater duty as well: to help heal the hurt and anger of Indigenous Peoples over the discoveries of hundreds of children in unmarked graves at residential schools, along with the many other wounds that non-Indigenous Canadians have inflicted.

No one person can close that gulf. But if anyone can lessen it, it might be Ms. Simon.

In her remarks, she spoke movingly of growing up in Nunavik, of “lying in our family’s tent along the George River, on a bed of spruce boughs and caribou skins, listening to the early morning sound of birds, and the crunch of snow under the feet of our dog team.”

Her first language was Inuktitut, “the language that defines Inuit as a people, and is the foundation of our very survival.” Her second, English, “became a gateway to the world beyond.”

As a young woman, Ms. Simon at first lacked confidence in navigating that Southern world. “But when I came to understand that my voice had power and that others were looking to me to be their voice, I was able to let go of my fear.”

In her address, Ms. Simon championed the importance of education, a core commitment throughout her life, and warned of the dangers of a warming Arctic. “We must reset our thinking to understand that nature contains and creates our climate,” she said. “Our climate allows society to be possible, and within our society is our economy.”

In that process of mutual discovery, “our society must recognize together our moments of regret, alongside those that give us pride, because it creates space for healing, acceptance and the rebuilding of trust.”

There is, as everyone knows, an asterisk to this appointment: Ms. Simon is not conversant in French. Hundreds of complaints have flooded into the office of Raymond Théberge, the Commissioner of Official Languages.

“For Francophones in Canada, this is one more step backwards,” Patrick Lagacé wrote in La Presse. “A symbolic retreat, yes, but a symbol that confirms reality.”

But if Ms. Simon can help Indigenous Canadians to feel that this country is their country too, that all peoples can live in peace on this land, then it might be worth an asterisk.

And if she progresses in her effort to speak French, Ms. Simon might even reconcile Francophones who feel alienated by her appointment.

Canada’s 30th governor-general, within the bounds of her largely ceremonial role, will seek to embody a more rather than a less united Canada. Those who know her believe she has it within her power. Monday was a very good start. 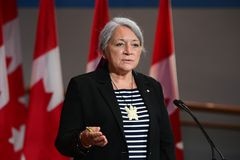 Opinion
An investigation into Mary Simon’s nomination for governor-general is a colonialist insult
Subscriber content
July 22, 2021 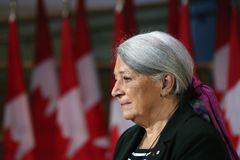