Maxime Bernier is preparing a defamation case against political consultant Warren Kinsella for calling Mr. Bernier a racist and a bigot.

The People’s Party of Canada Leader has hired lawyer and former Ontario ombudsman André Marin to represent him. Mr. Marin said the defamation case is focused on comments posted to Mr. Kinsella’s personal website. He said he intends to send Mr. Kinsella a letter on Monday accusing him of posting false and malicious comments about his client.

The letter will demand that Mr. Kinsella remove specific posts from his website and issue a public apology by Friday. Mr. Marin said his client will follow through with a lawsuit if the demands are not met.

He said the legal action is to defend Mr. Bernier’s personal reputation and is separate from the People’s Party of Canada.

“He doesn’t have a racist bone in his body and he’s had it with being branded a racist. You can disagree with his policies, but to call him a racist is just false and malicious,” he said. Mr. Marin ran unsuccessfully as an Ontario Progressive Conservative candidate in a 2016 by-election, but he said he is no longer involved with any political party.

Mr. Bernier, a former Conservative MP and cabinet minister who finished a close second in the Conservative Party’s 2017 leadership race, launched the People’s Party of Canada in September, 2018. A major part of his policy message as PPC Leader is a call for Canada to reduce its annual levels of immigration.

Mr. Kinsella said in an e-mail on Sunday he will defend himself “vigorously” should Mr. Bernier proceed with legal action.

“I have not been served with anything. However, on the face of it, this looks like a strategic lawsuit against public participation, and any court would be highly likely to treat it as such,” he wrote. “If and when there is an actual lawsuit – and not a pretext for a fundraising letter or a PR stunt – it will be vigorously defended.”

Mr. Kinsella’s comment is in reference to the 2015 Protection of Public Participation Act. The law is meant to prevent strategic lawsuits, known as Strategic Litigation Against Public Participation, or SLAPP, that are aimed at silencing critics. At the time, the Ontario government said the legislation would help protect the rights of residents to speak out on public issues without the fear of being faced with an expensive lawsuit.

The legislation created a fast-track review process to determine whether a lawsuit is legitimate and should be allowed to proceed.

Although he was included in the national debates, Mr. Bernier’s party received only 1.6 per cent of the popular vote and failed to elect any MPs. Mr. Bernier lost his own Quebec riding of Beauce, which he had represented since 2008.

During the federal election campaign, The Globe and Mail reported that Mr. Kinsella’s company, Daisy Group, had been hired for an assignment called Project Cactus. Documents revealed the goal of the project was to “seek and destroy” Mr. Bernier’s party.

“We will push Maxime Bernier and the PCC [sic] off their messages – forcing them, instead, to defend instances of hate speech and sympathy for racism,” the documents state in describing a potential phase of the project.

The project involved using a Twitter account called Standing Together Against Misogyny and Prejudice to criticize Mr. Bernier and his supporters. It is not clear what other activities were part of the project.

The Conservative Party will have to report all of its spending to Elections Canada. However only broad categories of party spending are disclosed, not specific contracts.

Editor’s note: An earlier version of this story said incorrectly that third party contracts with political parties are made public by Elections Canada. In fact, only broad categories of party spending are disclosed, not specific contracts. 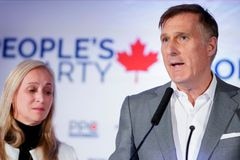 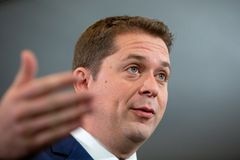