Federal Infrastructure Minister Catherine McKenna is preparing plans to rush out billions of dollars in budgeted – but so far largely unspent – infrastructure funds as a way to stimulate the Canadian economy once current pandemic restrictions are lifted.

The immediate focus of cabinet and the Prime Minister’s Office is on containing the COVID-19 health crisis and preventing bankruptcies, but ministers and officials are also starting to consult experts on how to gradually reopen the economy.

Borrowing a phrase from the Harper government’s “Economic Action Plan” spending spree after the 2008-09 financial crisis, the term “shovel ready” is back in use as Ottawa seeks out smaller projects – such as recreation-centre repairs – that can be approved quickly and create immediate jobs.

In an interview with The Globe and Mail, Ms. McKenna said she’s been reading up on former U.S. President Franklin Roosevelt’s New Deal, which included major infrastructure spending as part of the U.S. response to the Great Depression in the 1930s.

Ms. McKenna said the scope of a future stimulus plan will depend on the scale of the economic damage created by COVID-19, which is currently unknown. But she said her current focus is on speeding up the more than $180-billion in infrastructure spending that has been approved through to 2028 but is mostly unspent.

“How do we get the money out the door this construction season? I think that’s going to be incredibly important,” she said.

A senior government official, who The Globe is not identifying because they were not authorized to speak publicly on the matter, said the government has not yet created a formal team internally to work specifically on a recovery plan. Rather, ministers such as Ms. McKenna, Industry Minister Navdeep Bains, Small Business Minister Mary Ng, Natural Resources Minister Seamus O’Regan and others have been encouraged to reach out to business leaders and other stakeholders to gather suggestions for a phased-in return to normal.

The official said there is still too much uncertainty over the length and breadth of the current shutdown to make concrete policy plans for the recovery phase.

Prime Minister Justin Trudeau said Wednesday that it would be “terrible” if current restrictions were lifted too soon. He repeated that it will be weeks before a phased-in return can begin and that the gradual process will vary by region and by industrial sector.

“We are not there yet,” he said. “We’re still a number of weeks away from that.”

The Liberal government came to power in 2015 on a platform that promised major increases to the federal infrastructure budget. Later labelled the “Investing In Canada” plan, the more than $180-billion program includes specific allotments to provinces and lays out priority areas such as public transit, green infrastructure, social infrastructure, including affordable housing, and trade and transportation.

Current Parliamentary Budget Officer Yves Giroux has reported that infrastructure funds have not been spent on schedule. Mr. Giroux has also noted that provinces appear to have scaled back their own infrastructure spending plans in response to increased federal transfers.

Federal infrastructure transfers are usually contingent on contributions from provincial and municipal governments, which are now facing major budget shortfalls because of the pandemic.

Ms. McKenna said Ottawa is prepared to be “flexible” with its program rules in order to get money out the door.

“I know that the Prime Minister, the Deputy Prime Minister, had good conversations with premiers about infrastructure money, which everyone actually sees as very important," she said.

Former PBO Kevin Page said Ottawa will likely have to assume all or most of project construction costs, given that provinces will be especially hard hit financially by COVID-19.

“They’re pretty much going to be broke,” said Mr. Page, who now heads the University of Ottawa’s Institute of Fiscal Studies and Democracy. Mr. Page said Ottawa will also need to contribute new money to infrastructure to stimulate the economy, given that the Bank of Canada has already lowered interest rates to near zero.

“There’s going to be an important role for the federal government and infrastructure will be a big part of it,” he said.

The government is expecting the Canada Infrastructure Bank to play a significant role in stimulating the economy. The Liberal government created the bank in 2017 with a $35-billion budget and a mandate to attract large institutional investors, such as pension funds, to invest in Canadian infrastructure projects.

Ms. McKenna recently announced the departure of bank chair Janice Fukakusa and bank chief executive Pierre Lavallée, and the government has named Michael Sabia as the new chair of the bank. Mr. Sabia stepped down in February as the president and CEO of the Caisse de dépôt et placement du Québec. He is a former member of the federal government’s economic advisory council, which recommended the creation of a federal infrastructure bank.

Ms. McKenna said she is speaking with Mr. Sabia for advice on broader infrastructure issues in addition to how the bank will play a role in the recovery.

“Someone of his expertise and knowledge and experience is extraordinarily helpful and we’ve already had very good conversations,” she said. The minister said Mr. Sabia is considering how the bank could support short-term projects, in addition to longer-term projects that the bank is already studying, such as Via Rail’s plan for a new dedicated passenger rail line between Quebec City and Toronto. 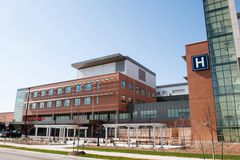 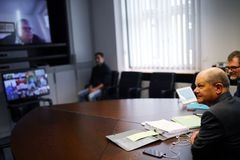 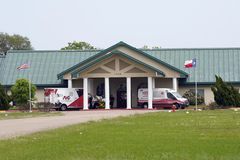