The student union at Ontario’s McMaster University has stripped the club status of the campus Chinese Students and Scholars Association – a group that is a fixture at many Western universities – amid allegations the group is a tool of the Chinese government.

The Student Representative Assembly, the governing body of the university’s student union, passed a motion this week to decertify the Chinese Students and Scholars Association (CSSA) for violating club operating policy section 5.13, citing a rule against conduct that would “endanger the safety or security of any person or property.”

Club status gives a group access to funding, the right to book rooms on campus and seek sponsorships as a McMaster campus club, among other privileges.

This sanction comes after an incident in February, when Chinese student groups including the CSSA led a protest campaign against Uyghur activist Rukiye Turdush, who spoke at McMaster University in Hamilton about China’s detention camps for Muslims. An anti-extremism campaign by Beijing has also seen an estimated one million people placed in internment centres for political indoctrination and skills training.

According to the Washington Post, which covered the February incident, one student filmed the presentation by Ms. Turdush and students later contacted the Chinese embassy about the event, sent photos to Chinese officials and issued a statement criticizing Ms. Turdush’s talk. Ms. Turdush later wrote in a piece for the newspaper that a group of Chinese students in the audience tried to disrupt her speech and that one “verbally assaulted me with foul language during the discussion period held afterward."

Before this week’s student union vote, student representatives were presented with arguments justifying the decertification on the grounds that Chinese Students and Scholars Associations are pawns of the Chinese government.

This rationale quoted an excerpt from a 2018 report for the U.S.-China Economic and Security Review Commission, a bipartisan congressional watchdog group, that discussed the more than 142 Chinese Students and Scholars Associations on American university campuses. “They act as social hubs to help students from China adjust to life in a foreign country," the report noted, but they also “receive guidance from the Chinese Communist Party through Chinese embassies and consulates – governmental ties CSSAs frequently attempt to conceal." The report also said "journalists and activists have also shown CSSAs to routinely co-ordinate with the Chinese government, and to have been involved in the suppression of free speech and the harassment, intimidation and surveillance of Chinese student activists.”

Joshua Marando, president of the McMaster Students Union, explained what happened in an e-mail. “The Student Representative Assembly (SRA) is the governing body of the student union, comprised of 35 elected student representatives. At the SRA meeting on September 22, a group of assembly members brought forward a motion to de-ratify CSSA,” he said. “The motion passed and effective immediately CSSA has lost club status. All students wishing to form a club agree to a specific set of rules regarding their conduct as a club. It was the determination of the SRA that CSSA had violated those rules.”

The Chinese embassy in Canada did not immediately respond to a request for comment. The McMaster Chinese Students and Scholars Association could not be reached for comment.

Mehmet Tohti, the Canadian representative for the World Uyghur Congress, applauded the decision at McMaster. “It is long overdue," he said.

Jonathan Manthorpe, a long-time Canadian journalist and author of the 2019 book Claws of the Panda: Beijing’s Campaign of Influence and Intimidation in Canada, called the McMaster decision “a welcome first step,” saying the Chinese Students and Scholars associations are “an essential element in the oversight and control the Chinese Communist Party and its diplomats exercise over Chinese students abroad.”

He characterized the associations as both a “framework for spying on Chinese students and deterring them from getting involved in unacceptable political or religious activities,” and a means to “marshal students to take part in demonstrations and other activities on behalf of Beijing.”

Guy Saint-Jacques, a former Canadian ambassador to China, characterized the move at McMaster as “a courageous decision” and he said he hopes “other universities pay attention to the question.” Otherwise, he said, “freedom of speech is at risk.” 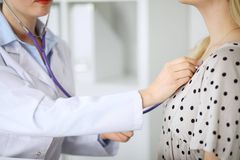 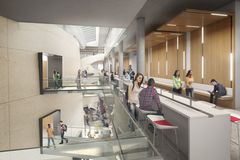 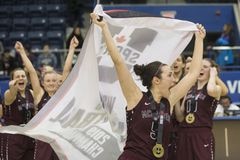