Canadian meat-packers and processors say the economic cost to their industry of China’s ban on pork and beef shipments from Canada is nearing $100-million and they’re asking Ottawa to explain how it will resolve the impasse.

The Canadian Meat Council, which represents 55 federally inspected meat packers and processors, said it’s also asking the federal government for financial assistance “given that what transpired had nothing to do with anything industry had done wrong but industry has borne the brunt of the losses.”

Canadian farmers and the agri-food industry have seen sales to China severely damaged in the wake of Canada’s arrest in December of a senior Chinese tech executive at the Vancouver International Airport.

The federal government said Wednesday it is trying to diversify its market while working with China to resume the exports.

China has repeatedly urged Canada to release Huawei Technologies Co. Ltd. chief financial officer Meng Wanzhou, who was detained on a U.S. extradition request. Ms. Meng will likely have to remain in Canada for years as she fights extradition to the United States under the Canada-U.S. extradition treaty. The Americans allege Ms. Meng helped the company violate U.S. economic sanctions against Iran.

In the months since her arrest, China has stopped buying Canadian canola seed and soybeans, and in late June barred imports of Canadian pork and beef.

The industry body, which represents packers and processors, signalled that anxiety is growing as the days tick by.

“We have been patient and respectful with the government. But as we are entering our third month … and as Chinese importers establish arrangements with alternate suppliers, it will be increasingly difficult for Canada to regain market share once the suspension is lifted,” the Canadian Meat Council said in a statement.

“The financial investments made and commercial relations built to position Canadian meat in China are eroding daily and our global brand will be negatively impacted.”

Chris White, president of the Canadian Meat Council, said if the suspension of Canadian pork and beef shipment continues, there will be layoffs in the industry. He said the abrupt closing of China’s market forced Canadians to sell meat inventories at a discount elsewhere.

Mr. White said the industry wants Ottawa to make clear its strategy to reopen the Chinese market and ensure the industry has new options to sell exports elsewhere.

“You’ve got Canadian companies that have lost millions of dollars. And I think the frustration on the part of industry is there is no clear strategy for China,” he said.

He said he hopes Canada’s appointment this week of a new ambassador to China will help.

Mr. White said his industry is calling on all political parties to explain how they will resolve the matter.

“The longer Canadian producers and exporters remain pawns in a political standoff – the more the threat of job losses will be felt. The red meat sector represents 266,000 jobs from farm to fork.”

A working group that includes the federal government, industry and unions has been formed to discuss compensation.

“The industry also expects to have a meaningful discussion on building export resilience and compensation for the millions of dollars lost by the Canadian farmers and exporters who have been the victims of the suspension,” Mr. White said.

The Conservative opposition said it would push back against China by increasing inspections of Chinese imports and quitting the Beijing-led Asian Infrastructure Development Bank, an institution that the United States has criticized as a tool of Beijing.

Luc Berthold, the Conservative agriculture critic, said Prime Minister Justin Trudeau should be hitting back at the Chinese over their economic sanctions.

“It is clear that Justin Trudeau’s approach to Beijing is not working. He is getting bullied by the Chinese government and has done nothing to stand up for Canadian interests," Mr. Berthold said.

A spokeswoman for Agriculture Minister Marie-Claude Bibeau said Ottawa is working on diversifying export markets. She said the government is still trying to persuade China to reopen its market. China’s ban in June cited falsified export certificates for Canadian meat.

“Canada’s focus is on working with China to reassure them of the integrity of Canada’s certification process, and to resume exports of Canadian meat products. Canadian Food Inspection Agency officials continue to engage with Chinese officials to resolve this issue as soon as possible,” Katie Hawkins said.

“Under our new trade agreement with Asia and Pacific countries, pork and beef exports are on the rise and we expect these trends to continue as key markets like Japan reduce barriers to trade."

A report from the Canadian think tank Macdonald-Laurier Institute this week noted that Canada is not the first country to suffer what it called economic coercion from China. China frequently uses economic levers to punish countries in disputes, author and economist Duanjie Chen said.

“China’s ban on major Canadian agriproducts has opened a new chapter in its habitual deployment of economic coercion against countries whose lawful actions it finds offensive,” Dr. Chen wrote.

She identifies seven jurisdictions that have previously felt the pain of Chinese economic coercion and notes three of them – all in Asia – responded not by capitulating but instead by shifting trade away from China.

Dr. Chen said in her report this crisis should spur Canada to reduce its trade reliance on China. 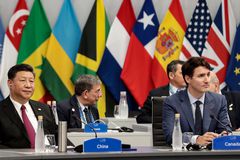 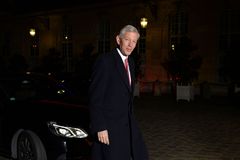 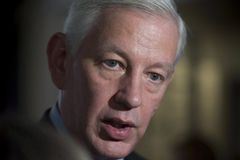