Meng Wanzhou gets to jet out of Canada, and Michael Kovrig and Michael Spavor are coming home.

A lot of lingering problems are left behind.

The result, the release of the two Michaels, is the one Canadians want. But it came through a deal after they spent more than 1,000 days of detention, and that’s something that can’t be forgotten.

Ms. Meng can’t exactly be held responsible for the whole thing, but still, don’t shed too many tears for the chief financial officer of Huawei Technologies Co. Ltd., who told the press on Friday that her extradition battle had been a disruptive time in her life.

She admitted facts to U.S. prosecutors that she had been contesting in her extradition case in a Vancouver court for nearly three years. Ms. Meng isn’t China’s supreme decision-maker, but President Xi Jinping apparently considered the daughter of Huawei founder Ren Zhengfei such an important feature of the Chinese state that he was willing to lock two innocents up to bargain for this privileged figure of the People’s Republic.

This was a deal deal struck by the Biden administration, rather than the U.S. attorney who indicted Ms. Meng, and clearly the quid pro quo was a return for the two Canadian men detained in the wake of her arrest.

Chinese authorities have denied there was any link between the cases since they scooped up the two Canadian civilians in the weeks after Ms. Meng’s arrest by Canadian authorities in December, 2018. It was hard to believe that then. It is impossible to believe that now.

Both suffered the kind of cruel detention for which they can never really be compensated, and which, by the way, was never visited upon Ms. Meng.

“These two men have gone through an unbelievably difficult ordeal,” Prime Minister Justin Trudeau said in a press conference Friday night. It was a deep understatement.

Both men, and their families, were trapped for 1,020 days in the painful, cold calculus of negotiations with kidnappers wrapped in a further layer of geopolitical power shifts, where acceding to demands to release Ms. Meng would encourage Beijing to use human bargaining chips again.

The upshot will remain that the Chinese government was willing to use the detention of Canadian civilians to browbeat another country – a smaller, less powerful country – into bending its rule of law. The upshot is that this is what China does.

In the end, Beijing was willing to keep the Canadians until it got the concession it wanted. That’s a hard lesson that Canada will have to remember a long time.

Politically and economically, a lot of damage has been done to Canada-China relations. Now there will be a rush to try to undo that damage, particularly in the business community. But not so fast.

There remains an unavoidable need to work with China in some areas, but Beijing’s long-standing call of “win-win” relations has to be distrusted more now, because when push comes to shove, China reserves the right to decide what is a win for each party. We know that because push did come to shove.

For starters, Canada needs a clearer response to China on security issues, notably by explicitly rejecting Huawei equipment in 5G wireless networks. And Ottawa has to aggressively lobby allies to build a united response to Beijing’s intimidation tactics, the kind of response no non-superpower could execute alone.

That will be necessary even if Chinese authorities don’t move any time soon to detain other foreign nationals as leverage. It would be dangerous to forget.

It would also be a good idea to keep in mind the difference between Ms. Meng’s “disruptive” experience in ankle-braceleted luxurious style in Vancouver, and the isolated life in Chinese jail cells experienced by Mr. Kovrig and Mr. Spavor. And be proud of which one represents Canada.

So wave a relieved goodbye to Meng Wanzhou. Welcome home Mr. Kovrig and Mr. Spavor as what they are: the people who bore an inconceivable burden for being Canadians. And let’s not forget. 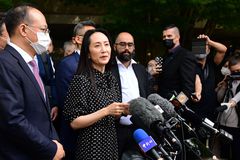 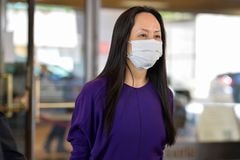 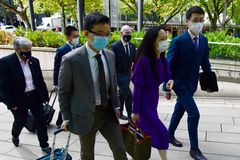