Refugee claims from Mexico have soared since the Trudeau government eliminated visa requirements for visiting Mexicans, but the country’s ambassador is warning that re-imposing entry permits would hurt Canada economically.

Annual refugee claims have risen by more than 1,400 per cent since 2016, when the Canadian government dropped a visa requirement for Mexicans.

In 2016, 250 people from Mexico sought asylum in Canada, according to the Immigration and Refugee Board of Canada (IRBC). In 2019, latest available figures to September indicate 3,782 people from Mexico have applied to be accepted as refugees.

The vast majority of refugee claims from Mexico in recent years have been ultimately rejected, IRBC statistics show.

Mr. Gomez Camcho said his government has allowed Ottawa to send Canadian officials to five major Mexicans airports, where some of the asylum seekers come from, in order to scrutinize would-be travelers and “do an extra check” before they fly to Canada.

The Canada Border Services Agency said it posts liaison officers in locations including Mexico. They “provide training and advice to airlines and local authorities on the documentation that passengers require when travelling to Canada by air and assist with the interception of those who are improperly documented,” senior agency spokeswoman Rebecca Purdy said.

The Mexican ambassador played down the removal of visa requirements as a possible cause of the rise in asylum claims, saying instead there is a series of incentives attracting fraudulent refugee claimants to Canada.

Peter Kent, the Conservative Party’s immigration critic, said he isn’t sure what the solution is for this surge in claimants, but said reinstating a visa should be considered. It was the former federal Conservative government that imposed a visa requirement on Mexican travelers in 2009 to address a flood of refugee claims from that country.

Mr. Gomez Camcho cautions against bringing back visas for Mexican visitors, saying this measure would seriously damage travel spending in Canada by Mexicans.

“Not only is it not the solution to the problem ... [but] you create another big one: which is, you kill Mexican tourism to Canada," the envoy said.

He noted that annual visits to Canada from Mexico have also jumped considerably. Destination Canada, the federal crown corporation for tourism, says latest available numbers to the end of September, 2019 ,indicate 389,000 travelers from Mexico have visited Canada this year, up from 243,000 in 2016.

The Mexican envoy said the reintroduction of a visa would discourage Mexican tourists from travelling here. “Not because Mexicans will not be able to meet requirements for a visa," he said. "It’s that they will not feel welcome anymore.”

Mr. Gomez Camcho said the waiting period in Canada to process refugee applications functions is an incentive for some foreigners, adding that he was not intending to criticize this country’s system. “When they apply for asylum they know they will hear nothing from authorities for two years. But in the meantime they will be given – because Canada is very generous –a work permit and lots of assistance," the envoy said.

Mr. Gomez Camcho also said there are immigration consultants in Mexico and Canada encouraging Mexicans to apply for asylum.

To combat this, he said Mexican authorities are warning would-be travelers against making such refugee claims, telling them that there are many legitimate ways to seek residency in Canada instead of this “false door of asylum" and emphasizing this route will ultimately end up with them being deported from Canada.

This year, Mexico is among the top two countries where refugee applicants to Canada come from. Immigration department figures as of October show Mexico and India were the top two sources of asylum seekers so far in 2019.

Ottawa orders teen to return to Hungary, where she has nowhere to go
December 14, 2019 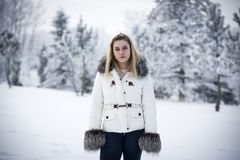 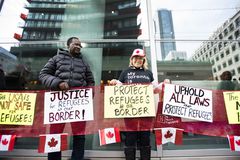 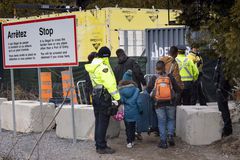