More than half of Canadians believe Ottawa should take more aggressive action to persuade Beijing to release two Canadians jailed in China, a new poll suggests.

Fifty-three per cent of those surveyed in a new Nanos Research poll say Canada should step up pressure on China by blocking Chinese investors from purchasing Canadian companies or denying entry to Chinese government officials and their families who want to live or study in Canada.

Former Canadian diplomat Michael Kovrig and entrepreneur Michael Spavor were locked up by the Chinese government in December of 2018 in apparent retaliation for Canadian police arresting a Chinese tech executive on a U.S. extradition request. Huawei Technologies chief financial officer Meng Wanzhou is accused of bank fraud in connection with the violation of U.S. sanctions against Iran.

Thirty-six per cent of respondents, however, told Nanos Research that they prefer Canada instead focus on diplomatic efforts to get Mr. Kovrig and Mr. Spavor released. Six per cent opted to ask the U.S. to intervene, while another 6 per cent were unsure on what course to take.

Nik Nanos, the president of Nanos Research, said the poll shows that Canadians have hit a tipping point and are hardening their attitude toward China.

“Canada’s default position all along has been to focus on diplomacy because we are a middle power,” Mr. Nanos said. “Usually being tough with super powers is not part of the Canadian DNA, but it looks in this current environment that Canadians are at the point where they would be supportive of the government being much more aggressive with the Chinese.

“We can see Canadians are open to everything from blocking [Chinese] transactions to stop travel of Chinese officials to Canada.”

The poll was conducted for The Globe and Mail and CTV News between June 28 and July 2. The margin of error is plus or minus 3.1 percentage points.

The same survey found significant opposition to a prisoner exchange that would trade Ms. Meng to China for the two men.

This is an idea that former Chrétien-era political figures have been proposing for the past year and which was taken up by 19 prominent Canadians last month when they urged Prime Minister Justin Trudeau in a letter to free Ms. Meng.

They said that doing so would help Canada “redefine its strategic approach to China” and trigger the release of Mr. Kovrig and Mr. Spavor.

The Prime Minister subsequently rejected it, saying this would only embolden China or other countries to arbitrarily detain other Canadians in order to bend Ottawa to their will. He has repeatedly noted that Canada has an independent judiciary and that he plans to let the courts decide the Meng case.

A solid majority of respondents also say they oppose any political intervention in the extradition case, with more than two-thirds saying the courts, rather than politicians, should decide the outcome. Sixty-eight per cent of Canadians polled said the Meng case should be decided by the Canadian courts. Another 22 per cent said it should be decided by the Canadian government. Ten per cent of respondents were unsure.

Mr. Nanos said Canadians are of the view that the U.S. government can do little to help free Mr. Kovrig and Mr. Spavor.

The Nanos poll shows that Mr. Trudeau is on the same wavelength as the majority of Canadians.

“Any kind of political deal would probably not be well-received. The preference would be to focus on the courts and the rule of law,” Mr. Nanos said.

Mr. Trudeau has said he “feels deeply for the two Michaels” but that he believes there would be broad ramifications from unilaterally ending Ms. Meng’s extradition case.

Ms. Meng is currently on bail in Vancouver fighting the U.S. extradition request, while the two Canadians are in Chinese prisons without consular access and in cells where the lights are on 24 hours a day.

Earlier this month, Beijing raised the stakes for Mr. Kovrig and Mr. Spavor, charging them with espionage, a move that came just weeks after Ms. Meng failed in her first legal bid to extricate herself from the U.S. extradition case.

Former Liberal justice minister Allan Rock and former Supreme Court judge Louise Arbour, citing a legal opinion from Brian Greenspan, a Toronto lawyer with decades of experience in extradition cases, said the federal government is wrong to claim that it doesn’t have the legal authority to intervene in the Meng extradition case.

They said the federal justice minister “may at any time withdraw” support from an extradition case, which triggers a court-ordered release of the extradition subject.

Earlier this month, former prime minister Brian Mulroney rejected the idea of Ottawa intervening in the extradition case, saying Canada has to honour its treaty with the United States. 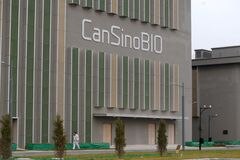 Outspoken Chinese professor is said to be released from detention
July 12, 2020 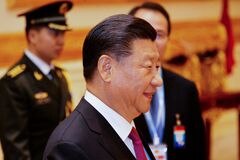