Canadians hold strongly negative views of Facebook’s approach to protecting personal data and are concerned the social media giant will have a negative impact on the 2019 federal election, according to a new Nanos Research survey for The Globe and Mail.

“If you asked the average Canadian about Facebook and democracy, they’d probably equate that quite clearly with the word ‘problem,’" said pollster Nik Nanos.

The results come as Facebook prepares to respond to public concerns with new measures in Canada aimed at preventing the misuse of its political advertising options on the website and devoting more resources to patrolling for fake news and foreign interference.

Facebook has been at the centre of controversy in election campaigns around the world for failing to prevent outside forces and bad actors from using the platform to spread fake news and inflame political debates. The issue came to prominence during the 2016 Brexit referendum in the U.K. and the 2016 U.S. presidential election that put Donald Trump in the White House.

Facebook has said it has learned lessons from those campaigns and has since improved its practices. New measures were used during last year’s U.S. midterm elections and the company is promising to launch similar policies in Canada at some point before the end of June.

With an October federal election on the horizon, the Liberal government recently announced that a team of senior bureaucrats will be assigned to monitor events and warn the public if they feel the election is being compromised by foreign actors or hackers.

Prime Minister Justin Trudeau has also adopted a harsher tone in recent weeks when it comes to large social media companies. He told a Quebec City audience last month that these companies generate “extraordinary profits that do not go toward the defence of our democracy by our journalists, but rather in the pockets of big companies that do not see this social responsibility as being primary for them.”

However, critics of the government – as well as the federal privacy commissioner – say it is time to move beyond warnings and adopt stronger regulation governing how large companies use customer data, along the lines of measures already adopted by the European Union.

Mr. Nanos said the survey results suggest Canadians will support stronger government measures if their concerns about Facebook’s approach to privacy and democracy are not addressed.

“I think what the results hint at is that if Facebook doesn’t try to bring order and civility to its social media ecosystem, then with [polling] numbers like this, there will probably be an increasing number of Canadians that will ask for interventions," he said.

The results are based on a hybrid phone and online random survey of 1,000 adult Canadians conducted between Feb. 2 and Feb. 5 as part of an omnibus survey. The margin of error for a survey of that size is plus or minus 3.1 percentage points, 19 times out of 20.

In a recent statement, Kevin Chan, Facebook Canada’s head of public policy, said the company will be announcing new measures soon to address concerns about how the site is used during election campaigns.

“We take our election integrity responsibilities extremely seriously," he said. "We know we have more work to do, which means continuing to ramp up our efforts in the months ahead. Facebook is committed to being a force for good in Canada’s democracy.”

The poll also asked whether foreign online companies should have to collect sales tax from Canadians. Quebec and Saskatchewan currently have that requirement, but the federal government has said it is waiting to see whether an international consensus emerges on the taxation of digital services.

The poll found a majority of Canadians either support (36 per cent) or somewhat support (20 per cent) a requirement that foreign companies charge sales tax on the services they provide to Canadians. 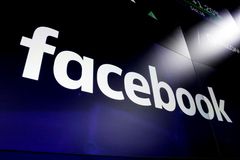 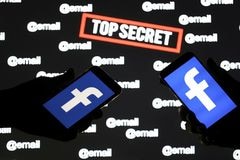 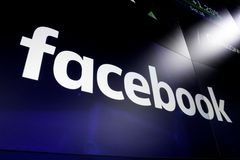