Prime Minister Justin Trudeau took his climate-change battle to Ontario Premier Doug Ford’s backyard on Tuesday, unveiling a carbon-tax plan that would see 80 per cent of households in the province financially better off as a result of annual rebates to be paid in the spring.

Mr. Trudeau announced details of the program during a speech at Toronto’s Humber College − located in Mr. Ford’s riding − where he argued that the price on carbon emissions is a critical part of Canada’s commitment to the international effort to combat climate change and its dire impacts on people and the overall environment.

With an election due a year from now, the Liberal government is facing concerted attacks by Mr. Ford, federal opposition Leader Andrew Scheer and other conservative politicians across the country over the imposition of a carbon tax that they say is too burdensome and will do little to address global climate change.

The federal levy will apply in four provinces − Ontario, Saskatchewan, Manitoba and New Brunswick − whose governments have declined to adopt their own plans for carbon pricing. Canadians elsewhere will be covered by provincial plans, either a direct tax or cap-and-trade system, and those governments must determine what to do with the revenue.

Opinion: Carbon tax vs. climate change will be an epic contest

Globe editorial: For the Liberals, a spoonful of sugar helps the carbon tax go down

Ottawa estimates that the average Ontario household will pay $244 in direct and indirect costs next year, and will receive $300 under the “climate-action incentive," for a net benefit of $56. In Saskatchewan, the average family would pay $403 in carbon-tax costs and receive $598 in rebates. In Manitoba, the costs will be $232 and the rebate $336. In New Brunswick, the breakdown is $202 and $248.

The amounts vary from province to province because each jurisdiction has a different reliance on fossil fuels, and therefore a different amount of revenue per person that will be generated from the tax. The payments in each province − which will increase as the price per tonne rises − will be based on the number of people in a household and paid to one tax filer. 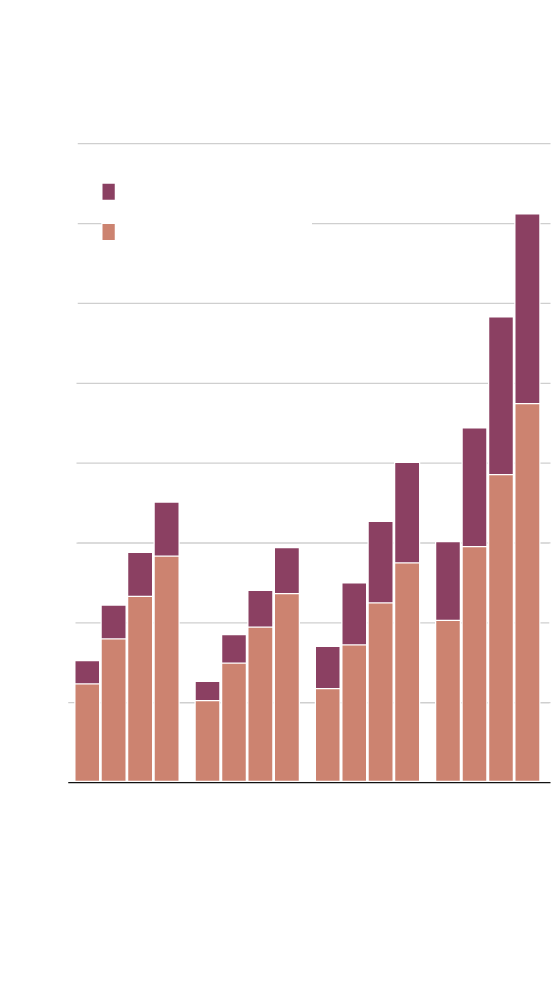 THE GLOBE AND MAIL, SOURCE: ENVIRONMENT 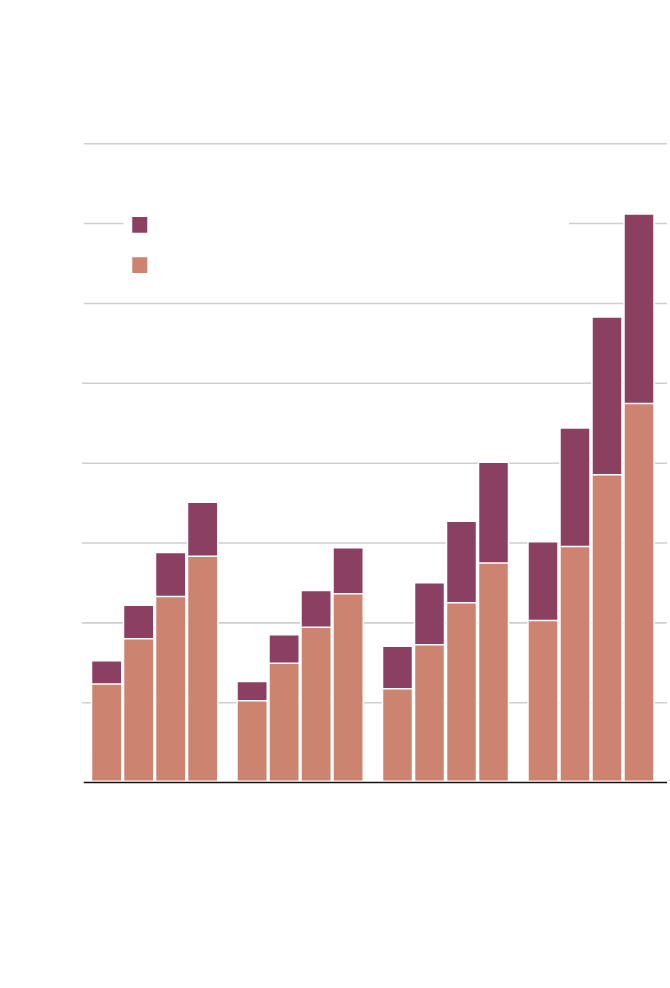 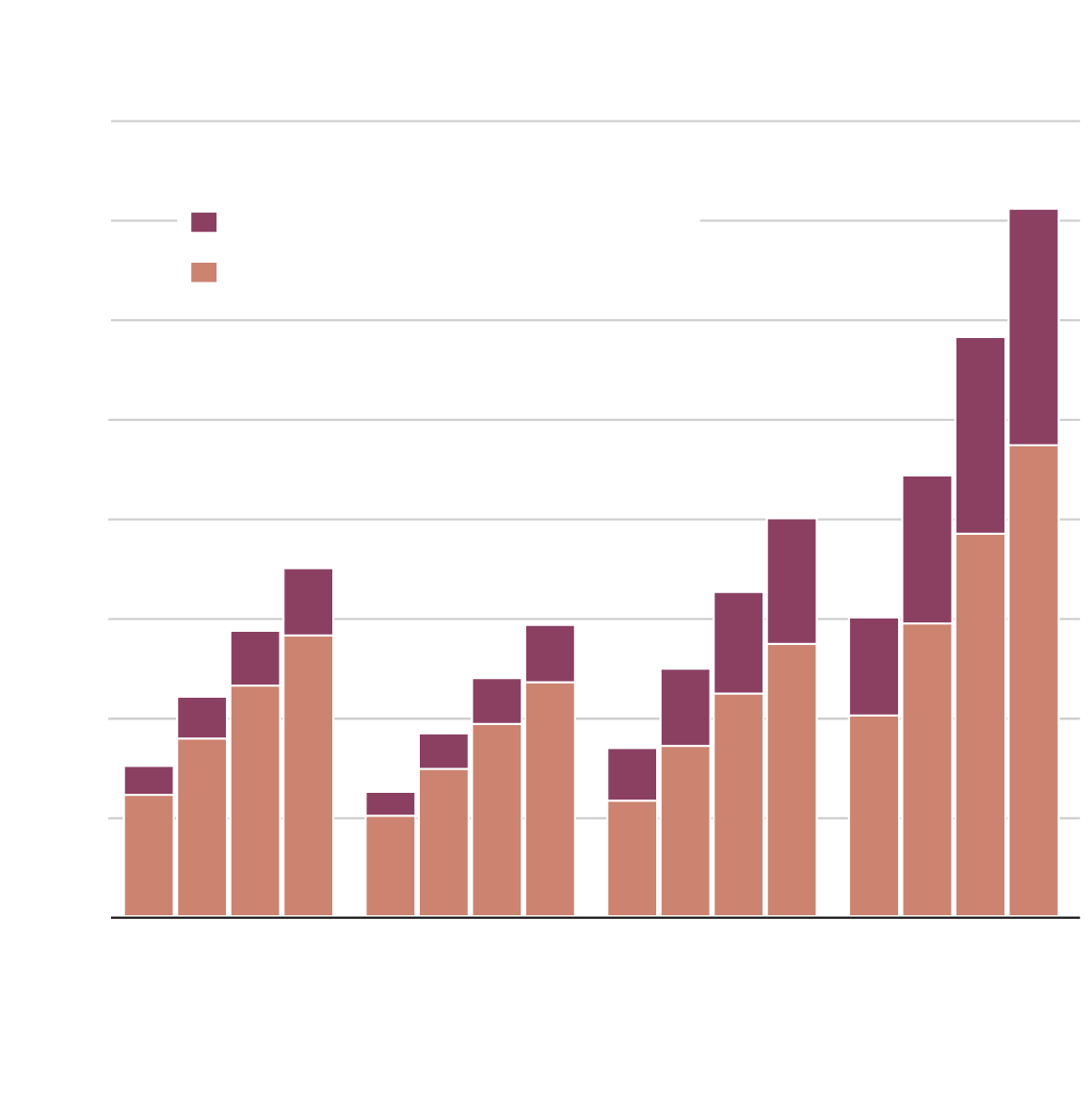 “We recognize that there is an imperative to put a price on pollution and an imperative to help Canadian families adjust to the new reality of a society, of a country, in which pollution is no longer free," Mr. Trudeau said. He added that Canadians are already seeing the impacts of climate change from extreme weather and forest fires, and cited the recent United Nations report that warned of catastrophic impacts if the world fails to dramatically reduce greenhouse-gas emissions.

Ontario’s Premier has been campaigning against the tax and recently spoke at an anti-carbon-tax rally in Calgary with Alberta’s United Conservative Party Leader Jason Kenney. He has also joined Saskatchewan Premier Scott Moe in a lawsuit challenging the federal right to impose its levy. In a statement on Tuesday, Mr. Ford vowed to continue a political battle over carbon pricing.

“The people of Canada are too smart to believe that Trudeau’s phony rebates are anything more than a temporary vote-buying scheme that will be discarded once the election is over. In contrast, the carbon tax ripoff is forever,” Mr. Ford said in a statement on Tuesday. Ontario Environment Minister Rod Phillips said the provincial government will present its climate plan next month.

The federal levy, which had been planned for January 1, will now kick in on April 1, 2019, at $20 a tonne, or 4.4 cents a litre of gasoline, and rise to $50 in 2022. It will hit oil products − gasoline and diesel − and natural-gas and coal-fired electricity. Large industrial emitters will be covered by a different system, and essentially taxed on a portion of their emissions based on how efficient they are compared with industry peers.

The combined federal and provincial carbon-pricing plans are expected to reduce GHG emissions by up to 60 million tonnes in 2022, equivalent to 8.3 per cent of the country’s emissions in 2015, Ottawa said on Tuesday.

In the four provinces, the federal levy will raise $2.36-billion next year; 90 per cent of that revenue will go to households, with the other 10 per cent allocated for programs to help small- and medium-sized business, and the broader public sector, reduce their energy consumption and emissions.

While environmental groups applauded the announcement, business associations complained on Tuesday that their members will be paying the carbon levy, but will not get the rebates that are available to individual Canadians.

"It’s certainly not going to feel revenue neutral to the companies that will be paying for everybody else’s rebates,” said Dan Kelly, president of the Canadian Federation of Independent Businesses. The federal government expects small- and medium-sized firms will pass along the added carbon costs to consumers, a view Mr. Kelly does not share.

Federal Environment Minister Catherine McKenna criticized the federal Conservatives for having no climate plan, while Mr. Scheer says he will be releasing one before the next election. Ms. McKenna said that putting a price on carbon emissions is an efficient and effective way to encourage Canadians to improve their energy efficiency or switch to lower-carbon options, including public transit.