The committee unanimously approved a motion in February inviting Mr. Zuckerberg to discuss the company’s approach to compensating news publishers in Australia, given that the Canadian government is promising to announce a similar approach early this year.

After the invitation was ignored, the committee adopted a motion on March 12 issuing a summons for Mr. Zuckerberg to appear. Instead, Facebook sent three of its Canadian officials to Monday’s meeting, including Kevin Chan, global director and head of public policy for Facebook Canada. Under House rules, anyone summoned on Canadian soil can only be held accountable for non-compliance by the full House of Commons.

News media around the world have complained that Facebook is piggybacking on their content without paying for it, while the online giant insists its news distribution model helps content providers by driving traffic to their websites.

Liberal MP Anthony Housefather pointed out that Mr. Zuckerberg regularly appears before congressional committees in the United States and media reports indicated the Facebook CEO spoke directly with Australian lawmakers to discuss the recent bill on media compensation in that country.

“Mr. Chan, since Mr. Zuckerberg takes his responsibility to U.S. lawmakers so seriously, can you explain to us why he repeatedly refuses invitations – and indeed, summonses – from Canadian parliamentary committees?” the Liberal MP asked.

“Sure,” Mr. Chan replied. “Mark was very much engaged, as an American, engaged with the U.S. congressional process last week. ... As Facebook, we are, as you can appreciate, a platform that is operating in many different countries around the world. And it is always the case that when Parliament wishes to speak to representatives of the company, we will always be there.”

Mr. Chan declined to answer several specific questions from MPs, such as the amount of annual ad revenue or net profit the company generates in Canada, citing commercial confidentiality.

Facebook is at the centre of several current or proposed policy changes that are under discussion in Ottawa. The Liberal government has promised that the 2021 budget will reveal a new approach to the taxation of multinational corporations, predicting that this could generate about $800-million a year in revenue.

Heritage Minister Steven Guilbeault has said he intends to introduce two bills early this year that will directly affect Facebook. One is a new legal requirement for social-media companies to remove harmful content, such as hate speech or images of child exploitation. The second is a law requiring large social-media platforms such as Facebook to contribute to the Canadian news industry. Mr. Guilbeault has said this would be similar to Australia’s approach.

Australia approved legislation last month that requires social-media platforms to reach compensation arrangements with publishers, or face the possibility of binding arbitration. Facebook initially protested by shutting down all news sharing on its platform in that country, but ultimately accepted the legislation after a last-minute change that said platforms can avoid the new rules if they’ve made “a significant contribution” to the sustainability of news.

Last week, Facebook Canada announced it would spend $8-million in Canada to fund a three-year extension of an existing program that funds reporter positions at the Canadian Press wire service.

Some MPs on the committee said they questioned the timing of that announcement.

“I’m a little cynical about it,” Conservative MP Kevin Waugh said. “You knew you were coming to this committee on Monday, and then all of a sudden you bring out another $8-million to support your news fellowship.”

NDP MP Heather McPherson said the fact that Mr. Chan would not answer all of the committee’s questions underscores the need to hear from Mr. Zuckerberg directly.

“People are increasingly concerned about the power of the Web giants and the ravages of the spread of online hate speech, [and] the impact of unfair competition of these giants on our local media,” she said. 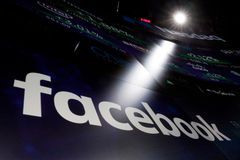 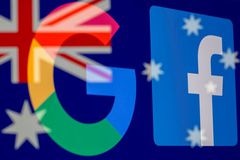 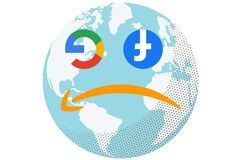