Members of Parliament are increasingly overwhelmed by the mountain of expectations they face in their ridings, according to an in-depth look at the lives of some of Canada’s elected representatives in the 2011-15 Commons.

Titled “Beyond the Barbecue,” the second of three reports from the Samara Centre for Democracy is based on exit interviews with 54 former MPs from the last Parliament who were either defeated or didn’t run in the 2015 federal election. The Samara Centre is a non-partisan charity working to improve Canadian politics.

MPs are under intense pressure from their party leadership and their community to fill their weekends in the riding attending events, which strains their family relations and detracts from their parliamentary duties, the report found.

“Pretty much across the board, MPs talked about showing up back in Ottawa on Monday completely burnt out,” said Samara’s research director Mike Morden.

The report also highlights the fact that “case work” in constituency offices has become a large part of the job for MPs and their staff. As a result, many former MPs say they shifted their staff budgets away from Parliament Hill so that more people could work in in the riding office. helping constituents with issues such as immigration concerns or passport applications.

The report’s authors question whether that is benefiting anyone involved.

Ultimately, the authors say, when people who show up at the doorstep of their MP, it means there was usually a failure of the federal bureaucracy to help them in the first place.

The report recommends constituency offices be located in a central location near the federal government’s local Service Canada office in each riding and that the government do a better job helping Canadians.

Service Canada is meant to be the one-stop location for Canadians seeking help with federal services. The report said MPs question why constituency offices are duplicating that work.

“We were basically running a subset of the federal government of Canada in our constituency office,” said one of the MPs, who was quoted anonymously in the report. “I had great [staff]. But I’d think, ‘Why are you doing this work? There’s a Service Canada down the road'.”

Another MP said the office’s entire budget had been shifted away from Ottawa to the riding because of the workload. “At one point by the end, I had zero staff in Parliament. I did everything myself,” said the former MP.

The authors said they are presenting the quotes without attribution to focus attention on common experiences across party lines. Transcripts of the interviews with the former MPs will be transferred to the National Archives with their names attached once the project is complete.

The report’s authors note that while many MPs reported some satisfaction in being able to help citizens, the practice raises concern that some individuals are receiving preferential treatment. Also, cutting back on Parliament Hill staff raises other problems.

“Shifting the balance (or in a rare case, the entirety) of staff support to the riding means MPs have less help to do policy research, analyse legislation, scrutinize government activities, prepare for committee work (basically) to perform the work of legislators,” the report states.

As for the expectation of attending a large number of community events, the former MPs told the researchers this carries a high personal cost.

One MP said a colleague “went to everything. As much as I did, he put me to shame. He did twice as much, so his marriage broke up.”

Mr. Morden said that was a common theme.

“The expectation of the family is you’re coming back on Thursday night, [and] there’s going to be some time,” he said. “The dawning reality that the MP is there but is not really there probably created a lot of strain.” 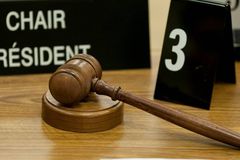