A cultural tug-of-war has erupted over a 1779 French painting as two Quebec museums scramble to come up with the matching funds to keep it in the province, over the National Gallery of Canada’s bid to keep the same painting in the country.

The National Gallery is selling a Marc Chagall painting at a New York auction for millions of dollars so it can buy the 239-year-old Jacques-Louis David piece and prevent it from leaving Canada more than a century after it arrived.

But two Quebec art museums have right of first refusal and are still hoping to buy the David painting, which they believe belongs in their province – not in Ottawa.

The painting, Saint Jerome Hears the Trumpet of the Last Judgment, is owned by the parish of Notre-Dame de Québec. The church, which has had financial struggles in recent years, decided in 2016 to sell the painting to fund its activities.

Monsignor Denis Bélanger, curé of the parish, told The Globe and Mail that the church approached three institutions that each had a connection to the painting: the Musée de la civilisation in Quebec City, which has custodianship of the art; the Montreal Museum of Fine Arts, where the piece currently hangs; and the National Gallery of Canada, which displayed the canvas on its walls from 1995 to 2013.

The federal institution said it was immediately interested in owning the piece.

“The National Gallery has the most comprehensive collection of French art in Canada with major works from the 17th, 18th, 19th, 20th and 21st centuries; a glaring exception is an important picture by David, a key figure in French art,” Marc Mayer, director of the National Gallery, said in a statement on Monday.

“Acquiring the Saint Jerome painting would enhance our collection in very important ways.”

The National Gallery said the French neoclassical painting would have drained its annual $8-million acquisition budget and it could not find support from its network of private donors.

The gallery said it learned in 2017 that the church had approached two foreign museums about buying the David, and that one expressed interest and “had the funds“ to buy it.

The National Gallery said its board decided to sell a valuable painting to raise the funds for Saint Jerome, which the gallery considered to be of greater significance to its collection. The process of a museum getting rid of a piece is known as deaccessioning.

In December of 2017, the board of trustees voted to sell Chagall’s 1929 canvas The Eiffel Tower. The National Gallery says it offered the piece at fair market value to more than 150 domestic art museums, before going to Christie’s auction house for a sale on the international market.

Christie’s estimates the painting will fetch between US$6-million and US$9-million at an auction in New York on May 15.

The Quebec and Montreal galleries are currently raising money for a joint bid to buy the David painting. They have until mid-June to match an offer made by the National Gallery that is conditional on selling the Chagall.

“Our goal is to maintain the Saint Jerome in Quebec and thus to keep the links with the community where the artwork was known to the public,” said Agnès Dufour, a spokeswoman for the Musée de la civilisation.

The Musée and the Montreal Museum of Fine Arts said they are also open to working together with the National Gallery on a “common” solution.

The sale of the Chagall painting, one of only two in the National Gallery’s collections, drew fierce debate from the arts community when it became public earlier this month.

Gail Lord, a Toronto-based international museum consultant, said it was inappropriate for the National Gallery to sell such a valuable part of its collection.

“It’s treading a very fine line on the policy of deaccessioning,” Ms. Lord said. “Museums are specifically not in the business of selling in order to buy and buying in order to sell. That’s what a commercial dealer is doing.”

The National Gallery said it will proceed with the sale of the Chagall – which has already left the country under an export permit – even if the David gets snapped up in the meantime.

“The proceeds from the sale will be used to improve the national collection and, especially, to strengthen Canada’s ability to protect its patrimony from exportation, a challenge it will surely face again,” Mr. Mayer said in a statement.

With a report from Robert Everett-Green 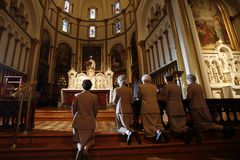 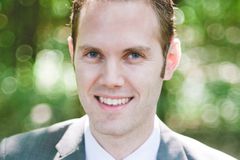