The National Gallery of Canada is the latest in a number of national museums and arts centres to incorporate Indigenous knowledge and programming into its strategic plan, and although experts say it’s a positive step, they’re also watching for tangible changes in institutional culture.

The National Gallery in Ottawa released the document in May. Among the goals to boost diversity and invest in sustainability is a call to integrate “Indigenous ways of knowing and being” into its mandate.

Although many national museums and galleries in Canada are making similar shifts, experts and institutional leaders say these goals need to be followed up with concrete actions and cultural change.

“You want to actually live the values you define your institution by,” said Sasha Suda, director and chief executive officer of the National Gallery. What happens within an organization, she said, needs to align with its image.

Dr. Suda said the museum is establishing an Indigenous advisory council, and making admission to the gallery free for Indigenous visitors, a change intended to create a more welcoming environment for people who may not have felt included before. She said the gallery is also working to revitalize traditional art forms such as weaving, and making a 25-year commitment to the Abadakone exhibit, a contemporary Indigenous art event that will run every five years and feature the work of creators from around the world.

Mikinaak Migwans, an Anishinaabekwe assistant professor of Indigenous art at the University of Toronto, worked on the first Abadakone exhibit and attended the opening in late 2019. Although the gallery still has a way to go toward achieving its goals, they said, Abadakone was a positive experience because Indigenous people were involved in the process.

“I think that’s key in any discussion of decolonizing or Indigenizing our cultural institutions,” Prof. Migwans said. “You have to have Indigenous people working there, and that’s where those good relations are going to come from.”

Dr. Suda said the gallery has also begun a larger shift toward incorporating Indigenous approaches into various areas. This involves consulting with communities and bringing a more collaborative approach to exhibitions.

Cara Krmpotich, an associate professor at the University of Toronto who studies decolonizing museum practices, said it’s important to recognize that not all changes can happen immediately. “Building trust is not a quick process,” she said. “We need to be mindful of that when we are figuring out how to measure policy change or institutional change.”

However, Prof. Krmpotich said there are ways to have a more immediate impact, such as cluster hiring, which is when an organization adds several staff members from minority groups at the same time. The idea is that new hires aren’t tokenized, different perspectives have greater representation and one individual does not have to represent an entire minority group.

Another quick change, Prof. Krmpotich said, is diversifying board membership. Boards make high-level decisions, and directors are usually accountable to them.

She added that national galleries and museums are also tied to what the government prioritizes. How the government responds to situations, such as the recent announcement that the remains of 215 children had been found at a former residential school in Kamloops, affects how its institutions are viewed, she said.

“If non-Indigenous institutions want Indigenous communities to trust them, what actions will we take to earn that trust?” she said.

Public trust came into sharp focus last year at Winnipeg’s Canadian Museum of Human Rights, when employees spoke out about racism and homophobia at the institution.

Isha Khan, who began her term as CEO of the museum last summer, after the complaints surfaced, said the institution is working to change things, and emphasizing diversity and inclusion. “Many of the concepts that we derive from Indigenous tradition about being in partnership, they apply to any group of people,” she said. “We’re trying to integrate that into the way we do everything.”

She said an important change was making sure leadership and staff know there’s a culture of supporting one another. Small things such as having places to go to reflect or smudge, and ensuring people know it’s okay to do so, make a difference. “Equity-building is quiet work,” she said.

Even though the effects of these efforts may not be immediately visible, Prof. Krmpotich said, it’s important these shifts take place. “We’ll know things have changed when Indigenous leaders and thinkers in the country are articulating the value of cultural institutions,” she said. “That’s when we’ll know there’s been a change.” 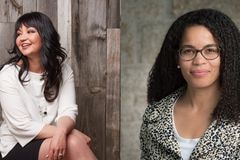