The Canadian government signalled its determination to stay the course in Iraq, where about 500 Canadian soldiers are posted, despite Iran’s vow to avenge the U.S. killing of a prominent military leader.

Foreign Affairs Minister François-Philippe Champagne’s office said Monday he spoke to his Iraqi counterpart, Mohamed Ali al-Hakim, about the contributions Canada is making there – and that he pledged Canada would continue to deliver that aid.

“The Minister reiterated Canada’s ongoing commitment to a stable and united Iraq and to ensuring the enduring defeat of Daesh [the Islamic State],” Mr. Champagne’s office said in a statement.

“Canada is deeply engaged in development, humanitarian, military and diplomatic efforts to support Iraq. Minister Champagne pledged to continue to work with the government of Iraq to achieve the peace, stability and prosperity that the people of Iraq want and deserve.”

Iran has vowed to strike back at the United States, which has a huge presence in neighbouring Iraq, after a U.S. drone strike in Iraq last week that killed top Iranian general Qassem Soleimani, head of the Quds Force.

Canada’s commitment to keep operating in Iraq came out the same day media reports suggested the United States is considering a withdrawal of troops. News outlets reported the U.S. military had informed Iraq it was repositioning troops for a withdrawal but the Pentagon and Defence Secretary Mark Esper later denied this.

Canada’s military aid to Iraq stems from 2014 after Islamic State militants cut a swath of destruction across Syria and Iraq.

There are about 500 Canadian Forces members in Iraq today. This includes approximately 200 Canadian soldiers in Baghdad who are part of a North Atlantic Treaty Organization training operation, another 20 Canadian Forces engineers in Besmaya, southeast of Baghdad, as well as another 30 in Erbil with a tactical-aviation detachment that operates three CH-146 Griffon helicopters to carry Canadian troops, equipment and supplies. It also includes Canadian special-forces soldiers engaged in training Iraqi fighters.

Canadian diplomats in Iraq include Canada’s ambassador to Iraq, Ulric Shannon, in Baghdad as well as approximately half a dozen staff. Canada also operates a small consulate in Erbil.

Defence Minister Harjit Sajjan, asked if Canada supports the U.S. strikes that killed Gen. Soleimani, said Canada backs efforts to deter future attacks on its soldiers and those of its allies.

“We need to make sure we as a coalition protect our people and prevent future attacks,” he told CTV’s Power Play. “The Quds organization, that has been supporting proxy groups in the region, has been responsible for thousands and thousands of deaths – plus also putting our own personnel at risk.”

Mr. Sajjan, asked if Canada has put extra security measures in place to protect Canadian soldiers, declined to discuss matters of operational security but said, "Decision and planning is currently going on to making sure that we are in a good posture.”

Asked if he believes Canada’s soldiering work should continue in Iraq – both training and assistance in fighting Islamic State militants – the Canadian Defence Minister said he is concerned about a “serious threat of a resurgence of Daesh [Islamic State] in that region.” He said Canada wants to continue its mission there but is studying how best to do that.

Opinion: Trudeau may face a tough decision with the U.S.-Iran quagmire

Secretary-General Jens Stoltenberg spoke to reporters in Brussels Monday following an emergency meeting. He singled out Iran when talking about the need to lower tensions.

“We are united in condemning Iran’s support of a variety of different terrorist groups,” Mr. Stoltenberg said. “At the meeting … allies called for restraint and de-escalation. A new conflict would be in no one’s interest. So Iran must refrain from further violence and provocations.”

He added that “all allies have several times expressed their concerns about Iran’s destabilizing activities in the region, including Iran’s support for different terrorist groups.”

Late Monday, the Prime Minister’s Office said Justin Trudeau spoke with Mr. Stoltenberg and “They emphasized ... the need to support security and stability in Iraq and the wider region, notably through ongoing counter-Daesh efforts.” The pair “agreed on the important role of the NATO training mission in strengthening Iraqi security capacity.”

Mr. Stoltenberg said NATO member-country troops intend to remain in Iraq and continue to assist with training Iraqi soldiers. He said training has been suspended because of the security situation but that NATO members intend to resume it when possible.

“I strongly believe the NATO training mission is good for Iraq and NATO allies."

Colin Robertson, a former Canadian diplomat who is now vice-president of the Canadian Global Affairs Institute, said the government is likely making contingency plans for its presence in Iraq, including the possibility of pulling troops out of the country. He said a combat situation would make it hard for the Canadian-led training mission to continue.

“The bottom line is can we continue with a training mission and do it effectively so it’s not going to be harmful to our trainers and is going to have some positive effect in Iraq?” Mr. Robertson said. “It’s a real possibility that we would not stay.” 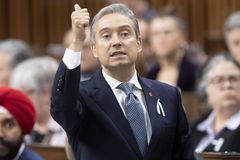 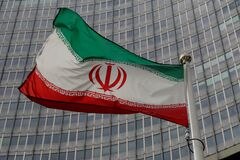 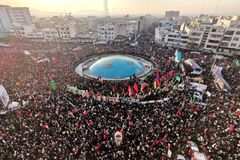