Steven ChaseSenior parliamentary reporter
Published May 6, 2021 Updated May 6, 2021
Comments
Text Size
Please log in to listen to this story. Also available in French and Mandarin. Log In Create Free Account

Leonid Volkov, the chief of staff to imprisoned Kremlin critic Alexei Navalny, is urging Canada to impose sanctions on Russian oligarchs as part of what he hopes would be a more ambitious effort to censure and constrain President Vladimir Putin.

He is sending a list of 35 individuals – some of whom Canada has already targeted – to members of Parliament on the House of Commons foreign affairs committee. These include many wealthy Russians who support Mr. Putin that Mr. Volkov said should face sanctions to put pressure on the Russian leader.

In a video appearance at a meeting of the committee on Thursday, Mr. Volkov mentioned several people, including Russian-Israeli billionaire Roman Abramovich, owner of England’s Chelsea soccer club and a major shareholder in Evraz Steel, which has several production facilities in Canada. Mr. Abramovich is a confidant of Mr. Putin.

Mr. Abramovich recently sued publishing house HarperCollins over a recent book that said he bought the Chelsea Football Club at the direction of Mr. Putin and to raise Russia’s profile and increase its influence.

Canada in March slapped sanctions on nine Russian government officials over the poisoning and prosecution of Mr. Navalny, joining other Western allies who acted earlier. The sanctions prohibit Canadian financial institutions from providing services to these Russian officials and freeze any assets they hold in Canada. When applied in concert with allies, they can hamper the target’s efforts to move funds to safe countries.

Mr. Navalny, 44, one of Mr. Putin’s most prominent critics, was jailed earlier this year for parole violations in a decision that the West has condemned as politically motivated. He is set to serve a 2½-year sentence and is only able to communicate with the outside world via his lawyers.

Other possible sanctions targets discussed by Mr. Volkov on Thursday include Russian tycoon Yevgeny Prigozhin. The U.S. government has accused him of being the primary funder of the Kremlin-backed Internet Research Agency, often informally referred to as the “Russian troll factory,” which runs disinformation campaigns out of St. Petersburg, including against Canada.

Mr. Prigozhin is already the subject of U.S. sanctions for reasons including allegedly meddling in the U.S. elections in 2016 and 2018.

Mr. Volkov detailed for MPs how supporters of Mr. Navalny have dissolved his political movement after Russia began preparations to designate it as an extremist group.

He also urged Canada to join with other countries to press Britain to take further action against Russian oligarchs and friends of Mr. Putin. London is a global financial centre and has been dubbed “Londongrad” in the media and popular culture for the large number of super-rich Russians it has attracted over the decades.

“The key part of the story is the U.K.,” Mr. Volkov told members of Parliament.

“Eighty per cent of those assets in question are being stashed in London,” he said.

Robert Oliphant, parliamentary secretary to the Foreign Affairs Minister, said Ottawa is mindful of this.

“The government is aware of that and there are conversations,” Mr. Oliphant told Mr. Volkov.

Conservative foreign affairs critic Michael Chong said he believes the government needs to expand sanctions to include Russians Dmitry Kovtun and Andrei Lugovoy, who a U.K. inquiry concluded poisoned Putin critic Alexander Litvinenko, as well as Colonel Alexander Mishkin and Colonel Anatoly Chepiga, alleged to have been sent to poison Sergei Skripal, a former Russian military officer who was acting as a double agent for Britain.

In these cases, Britain and the United States have already sanctioned these men, and Mr. Chong said Canada needs to do similarly “or we risk turning into a haven for those fleeing sanctions elsewhere.”

Marcus Kolga, a human-rights advocate and senior fellow at the Macdonald-Laurier Institute, said he hopes Canada heeds Mr. Volkov’s advice and expands its sanction targets in Russia. “If we want to help Russian human-rights activists, then we need to listen to their suggestions and add the names of those enablers of Vladimir Putin that they’ve publicly asked us to,” Mr. Kolga said. 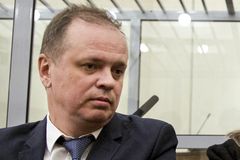 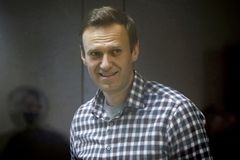