The commander of the Royal Canadian Navy will not lose his job after golfing with the former chief of the defence staff who is under military police investigation for sexual misconduct allegations.

Acting chief of the defence staff Lieutenant-General Wayne Eyre says he will give Vice-Admiral Craig Baines a chance to redeem himself and show how to learn, grow and help the healing process.

Vice-Adm. Baines and then-defence vice-chief Lieutenant-General Mike Rouleau drew outrage earlier this month when they hit the links with retired general Jonathan Vance, who is facing a sexual misconduct probe.

Lt.-Gen. Rouleau apologized and resigned from his position soon after, though he didn’t leave the military entirely, while Vice-Adm. Baines also offered an apology and Lt.-Gen. Eyre said he would consider next steps for the naval commander.

Lt.-Gen. Eyre says in a message to Department of Defence and Canadian Armed Forces members on Tuesday that the golf game showed “poor judgment” and harmed victims and survivors, the institution and efforts to change its culture.

He adds there is no set process, procedure or guidance for making this decision on Vice-Adm. Baines’s future, nor is there a perfect answer, and he accepts that not all will agree regardless of the determination.

He says he took a very deliberate approach and sought a wide array of perspectives, including from sailors, other CAF members, victims and survivors, legal and conflict-of-interest experts and senior public servants.

“As expected, there is no clear consensus, with the exception that we can turn this into a learning opportunity,” he says.

“For all, and especially senior leaders, there are some errors in judgment from which there is no recovery, but for other missteps or mistakes there must be. I have to believe that people can learn and grow, regardless of their generation, if we are to become better as an institution and as individuals.”

He says many have been asking themselves how such an “otherwise well-respected, well-trained and experienced leader” can make such a blunder.

“It comes down to the blind spots that many of us possess, of not intuitively understanding the impact of our actions, however well intentioned we think they are, on victims,” Lt.-Gen. Eyre says.

He noted that Vice-Adm. Baines admitted his error in judgment and publicly apologized. The naval commander has also reached out to many stakeholders to seek their view on the way ahead, according to Lt.-Gen. Eyre.

“Knowing his moral authority has diminished, he is determined to regain the trust and confidence of all through humility and showing us how to learn, reconcile error, and become a better leader,” he says.

“I know it’s his intent to face the sailors of the [Royal Canadian Navy], hear them to better understand what other tangible actions he needs to take, and then share his insights with the CAF and citizens.”

The Canadian military has been rattled by several allegations of sexual misconduct against high-ranking members and claims that the institution is governed by an “old boys club” where more senior officers face lighter consequences than those lower down the ranks.

Mr. Vance is accused of having an inappropriate relationship with a subordinate, Major Kellie Brennan, that started in 2001 and continued after he became Canada’s top military commander in 2015.

He is also accused of having sent a lewd e-mail to another soldier in 2012.

Mr. Vance has not responded to requests for comment from The Canadian Press, but Global News has reported he denies any wrongdoing.

Lt.-Gen. Eyre says the military needs to be “strong enough” to embrace the “painful misstep” of the golf game as an opportunity to make it better.

“We need a more inclusive and empathetic CAF, one that better reflects Canada and what our country stands for, a CAF that will emerge stronger and ever ready to answer the call.” 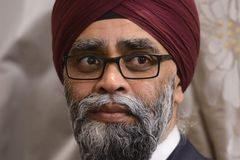 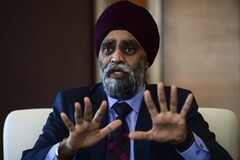 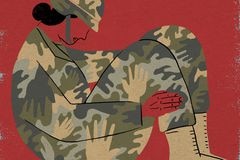