Controversy over the government’s plans to bring streaming services under the Broadcasting Act spiked this week over an amendment related to Canadians’ social media posts, but NDP and Bloc Québécois MPs are siding with the government over the change.

Canadian Heritage Minister Steven Guilbeault introduced Bill C-10 in November, saying it will bring streaming services like Netflix under the regulation of the Canadian Radio-television and Telecommunications Commission, meaning they would be subject to the existing rules for traditional broadcasters in areas such as contributing to the production of Canadian content.

Liberal MPs amended the government bill in committee last week in a way that removed language stating that the proposed new law does not apply to programs uploaded by users to a social media service. Mr. Guilbeault has long maintained that the legislation is not aimed at individual social media posts on platforms like YouTube.

However, a senior Canadian Heritage official, Thomas Owen Ripley, told MPs that the effect of the amendment is that social media posts would be subject to government regulation. That responsibility would belong to the platform, such as Youtube.

The amendment caught many observers by surprise. Former CRTC vice-chair Peter Menzies called the bill an “assault” on internet freedom, and University of Ottawa law professor Michael Geist called it “a remarkable and dangerous step in an already bad piece of legislation.”

Conservative MP Rachael Harder sided with those critics during a Friday afternoon committee meeting, where she attempted unsuccessfully to pause the review of the bill in order for the government to provide an updated statement on how the legislation would affect the Canadian Charter of Rights and Freedoms.

“When that [amendment] took place, it changed the nature of this bill,” Ms. Harder said. “If the protection isn’t granted, then there is no protection.”

“There is an exclusion for individuals,” Liberal MP Julie Dabrusin said. “This is not about moderating content.”

A clause remains in the bill that says a person who uses a social media service to upload programs “does not, by the fact of that use, carry on a broadcasting undertaking for the purposes of this act.” Essentially, the bill as amended means social media platforms rather than individuals could face regulation in connection with the posts people upload.

In interviews, NDP MP Heather McPherson and Bloc MP Martin Champoux indicated they were not concerned about the amendment.

Ms. McPherson said the bill is “far from perfect,” but an update of the Broadcasting Act is long overdue.

“I’m really concerned when I hear some of the rhetoric that’s coming from the Conservatives,” Ms. McPherson said. “I’m worried their actions are not in the best interests of Canadians.”

Mr. Champoux said he is a defender of free speech.

“There’s a misunderstanding of what this means,” said Jérôme Payette, director-general of The Professional Music Publishers’ Association. “User-generated content can be professional content being put online by a label on YouTube. And that would have created an unfair situation where YouTube would not have been regulated, but Spotify would have been regulated.”

The amendment, he added, was meant to fix that.

“It is absolutely fundamental for the future of Canadian culture,” Mr. Payette said of the bill. “It makes sure that we have Canadian creation and production, and that this production reaches Canadians.”

“Like many, we were surprised to see the Heritage Committee expand Bill C-10 to include social media and user-upload services and apps,” she said in a statement. “This potentially extends CRTC regulation to all audio and audio-visual content on the internet, which has profound implications for not just social media, but virtually all websites, podcasting, online hosting and much more.”

The Coalition for the Diversity of Cultural Expressions, which includes organizations representing Canadian music publishers, performers and writers, defended the bill in a statement on Friday and criticized the Conservative Party’s recent comments.

“Bill C-10 in no way infringes on freedom of expression, nor does it represent censorship of the internet,” the coalition said. 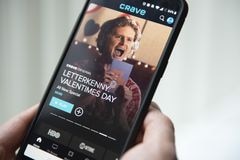 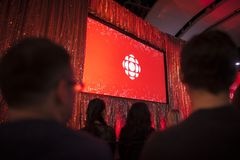 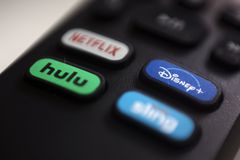