“They’re going to need us," Mr. Singh told reporters outside of an NDP caucus meeting on Wednesday in Ottawa while flanked by members of his team. “We are ready to work but we are going to hold them to account.”

Canadians have shown they want co-operation in the next Parliament, Mr. Singh said, adding he expects Prime Minister Justin Trudeau to show a willingness to co-operate on issues such as pharmacare and reconciliation with Indigenous peoples, including the need to change course on a response to a human rights tribunal ruling.

In October, the Liberal government filed an application for judicial review of a September ruling from the Canadian Human Rights Tribunal on First Nations children unnecessarily taken into the child-welfare system. It was a move that prompted a number of Indigenous leaders and advocates, as well as the New Democrats, to question Mr. Trudeau’s commitment to reconciliation with Indigenous peoples.

Mr. Singh also conceded Wednesday that while he is proud of his party’s campaign, he is “not satisfied with the results” of last Monday’s federal election which saw NDP MPs elected in 24 ridings.

The NDP also lost 15 MPs, including all of its Quebec caucus with the exception of MP Alexandre Boulerice.

Mr. Boulerice said Wednesday that the party will talk to all candidates and MPs who lost to do a postmortem to see what can be done better next time.

“I’m really hopeful for the future because Jagmeet really revealed himself in this campaign,” he said. “The more [voters] know him, the more they like him.”

Mr. Boulerice also refuted the idea that Bill 21, a law that bars public-sector employees such as teachers from wearing religious symbols in the workplace, will be a “debate forever.”

“I think time will make a difference," Mr. Boulerice said.

During the election, Mr. Singh faced many direct questions about Bill 21, particularly because he is a turbaned Sikh.

In September, the NDP addressed this issue head on by releasing an advertisement that began by showing Mr. Singh with his hair down – a marked difference from his usual appearance, where his hair is concealed under turbans.

Anne McGrath, the former chief of staff to late NDP leader Jack Layton and a 2019 campaign adviser, said Wednesday that the party ran a “great campaign.” However, she acknowledged there is also a lot of sadness, particularly with the party being reduced from 14 MPs to a single seat in Quebec.

Rebuilding in the province will need to be a “huge focus," Ms. McGrath said.

“I obviously was very, very upset at losing those seats but I think that the bones of what we built in Quebec are still there,” she said, pointing to Quebeckers responding to Mr. Singh in the last few days of the campaign.

Matthew Dubé, who was first elected in 2011 but lost his seat last week, said the campaign was positive in Quebec, adding that Quebeckers had a high appreciation for Mr. Singh and his style of doing politics.

“I think at the end of the day, it is not just in Quebec, [but] throughout Canada, that [it] didn’t necessarily translate to votes,” he said. “He did a lot of great work and it’s why I hope he will continue.” 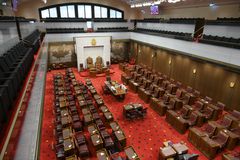 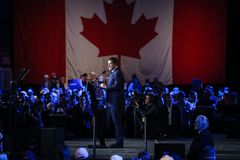 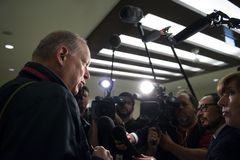