Jagmeet Singh and the New Democrats could have more influence in a minority Parliament, a number of party faithful said Thursday as they defended the NDP Leader’s performance, despite a significant reduction in the number of its MPs after Monday’s election.

Former B.C. veteran MP Nathan Cullen, who opted not to run in this election, said Thursday that the NDP caucus may be smaller at 24 members of Parliament, after losing 15 seats Monday, but he said it will ultimately be “more influential" owing to the composition of the House of Commons.

The party had less influence on the outcome of events in Parliament after it won more than 100 seats in 2011, Mr. Cullen said, because Stephen Harper’s Conservatives had a majority. If the party is smart, Mr. Cullen said, it will be able to “leverage a smaller caucus to more effect.”

Jennifer Howard, Mr. Singh’s national campaign director and chief of staff, said Thursday it is not entirely clear how the Liberal government intends to operate in a minority situation, but she said the NDP will certainly push for co-operation.

“We want to make sure we are being a constructive voice in that Parliament," she said. "We are also there to hold the government to account and will be doing that as well.”

NDP strategist Anne McGrath, who served as the late Jack Layton’s chief of staff, said this fall’s campaign was part of the NDP’s rebuilding process. It now must reach out to Quebec, rebuild in the Prairies and work to ensure the leader’s personal approval can translate into seats, particularly in Toronto and the 905, she said.

Ms. McGrath said she is “pretty optimistic” about how Mr. Singh will perform in the months ahead, as well as in the next campaign.

Karl Bélanger, a former national director for the NDP and principal secretary to former leader Thomas Mulcair, said it is positive that the party has a clear balance of power.

“In that sense, at least on paper, Jagmeet Singh has actually more influence over government policy than he had going into election,” Mr. Bélanger said.

He said the path forward will be difficult in Quebec, where the NDP was reduced to a single seat.

New Democrats are quite happy with Mr. Singh, despite the loss of seats, Mr. Bélanger added.

“We will have to see if Jagmeet Singh’s personal numbers, which went through the roof during the campaign, will be sustainable in the long run."

Andrew Cash, a former NDP MP who ran again in a Toronto riding in this election but lost, said Thursday that he believes Mr. Singh offers a “refreshing voice” that resonates particularly with young voters.

“I think he presents a really interesting and exciting future for the NDP,” Mr. Cash said.

Peter Stoffer, a former NDP MP in Nova Scotia, said the party must turn its attention to the future and the next election immediately, adding it held some people back with the pace of its nomination process in this campaign.

“The first thing I would suggest is try to get the nomination process as early as possible to give the candidates a fighting chance right across the country,” he said.

Minority Parliaments require the need for election readiness, Ms. Howard said Thursday, adding the party will be set for whenever it comes. 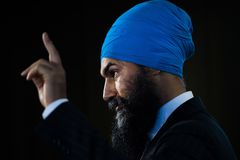 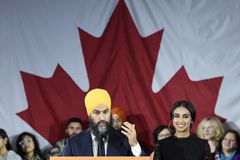 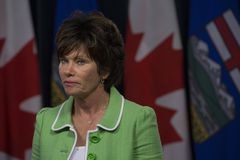