The NDP is promising free mental-health care, a national dental care program, a push for universal pharmacare and an end to private, for-profit long-term care in a new outline of the party’s commitments.

The health care pledges are part of a new document released on Thursday called Ready for Better. It’s not quite a party platform, but, at 115 pages, it lays out the NDP’s priorities ahead of a widely anticipated federal election campaign.

Among the health care pledges is a promise to create a national dental care program and fight for universal pharmacare, as well as make mental-health care free and accessible for anyone who needs it. The document also includes provisions for ensuring Canada is better prepared for a health crisis such as a pandemic and for improving the long-term care system.

As part of the party’s health care priorities, the NDP wants to create a Crown corporation responsible for vaccine production within Canada. If elected, the party would also stockpile personal protective equipment so the country wouldn’t have to rely on foreign suppliers in a health crisis.

The long-term care sector, which was hit hard by the COVID-19 pandemic, needs major changes, according to the NDP. The party would put an end to private, for-profit long-term care, and instead bring long-term care homes under the public health banner. It also says it would work with provincial and territorial governments to develop national standards for home care and long-term care.

Jagmeet Singh wants to attract more young voters, and he’s using TikTok to do it

Thursday’s document does not include budgeting for every item, but in the event of an election campaign, the party said it would provide those details.

“It’s harder to find a home, to get the health care that we need, to have hope for the future when we see the dangers of the climate crisis growing and threatening everything we hold dear,” NDP Leader Jagmeet Singh said in a statement. “Going back to that isn’t good enough.”

Earlier this week, Mr. Singh released a TikTok video that outlined some of the party’s priorities highlighted in the Ready for Better commitments: taxing the ultra rich, investing in health care and fighting the climate crisis. The video served to showcase the party’s main messages to the younger demographic that frequents the platform. The NDP Leader has been actively leveraging social media, especially TikTok, as a way to connect with young voters.

In anticipation of an election, Mr. Singh has been travelling the country since the beginning of summer, visiting different regions and occasionally making campaign-style announcements.

The NDP is in better financial shape than the last election, having paid down the debts from the 2015 and 2019 campaigns by the end of last year. Fundraising has also been steady, according to Anne McGrath, the party’s national director. The party spent less than $10.5-million during their last campaign, she said, and this year it will spend more than that on advertising alone.

“Our fundraising numbers have been steadily going up,” Ms. McGrath said in an interview this week. “We’ve got a leader that is very popular, people are really excited about him. And that helps a lot.” 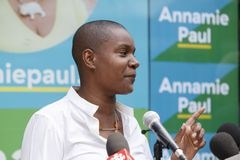 Three Liberal MPs opt out of running for re-election
August 9, 2021 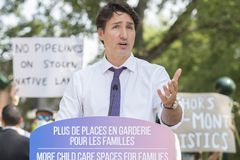