Federal New Democrats are citing recently released documents as proof that Youth Minister Bardish Chagger was the key driver in the Liberal government’s decision to have WE Charity administer a multimillion-dollar student-volunteer program.

The documents had been requested by the House of Commons finance committee as part of an investigation of the government’s deal with WE, which the Toronto-based youth organization backed out of in early July amid political controversy.

WE has long ties to Prime Minister Justin Trudeau and his family, including paying close relatives to appear at WE events.

Trudeau and WE Charity: The controversy explained

“Throughout this scandal, the Prime Minister and the Liberal government have affirmed again and again and again that it was the civil service that drove this agenda,” Mr. Angus said during a news conference on Parliament Hill.

“But thanks to the government documents that have been revealed, we now know that that is simply not true.”

Mr. Angus focused on an e-mail that WE co-founder Craig Kielburger sent Ms. Chagger on April 22, in which Mr. Kielburger thanked the minister for meeting with him five days earlier to discuss WE’s idea of creating a small business program for young people to promote entrepreneurship during the COVID-19 pandemic.

“We appreciate your thoughtful offer to connect us with relevant members of your ministry,” Mr. Kielburger added. “Over the weekend, our team has also been hard at work to adapt your suggestion of a second stream focused on a summer service opportunity.”

That “second stream” was what became the grant program, Mr. Angus alleged as he cited several e-mail exchanges between federal bureaucrats and WE in the days between Ms. Chagger’s meeting with Mr. Kielburger and his follow-up e-mail.

“If you look at the documents, it’s clear that was the key moment that drove this agenda forward,” Mr. Angus said.

“Prior to April 17, you can see in the documents that the government was all over the map. There were many, many options on the table. But after April 17, there’s only one plan: It’s the Kielburger plan.”

Much of the controversy surrounding the deal with WE has revolved around its ties with the Prime Minister and former finance minister Bill Morneau, both of whom are now being investigated by the ethics commissioner for potential conflict of interest.

While Mr. Trudeau and Mr. Morneau have both apologized for not recusing themselves from cabinet’s discussions about the arrangement, which would have paid WE up to $43-million if the program were very successful, they have insisted the public service recommended the organization run the program.

Ms. Chagger herself did not mention the April 17 meeting with Mr. Kielburger when she appeared before the finance committee in July, and later said the discussion only revolved around the youth business proposal, which the government did not pursue.

“As the minister responsible for the Canada Service Corps, I spoke about the importance of youth and service; I at no time directed WE Charity to amend or adjust or add any proposal,” she added in a statement on Aug. 19 that was resent by her office Tuesday.

“Furthermore, I did not speak about the Canada Student Service Grant, as I was not aware of plans for such a program at that time.”

Mr. Angus noted that many of the documents provided to the finance committee were blacked out by the government before they were released, and suggested there are still many unanswered questions about what really happened.

Opposition parties have been forced to table those questions for now, however, after Mr. Trudeau suspended several committee investigations into the deal by proroguing Parliament until a speech from the throne on Sept. 23.

While Mr. Angus accused Ms. Chagger of having misled Parliament and Canadians and called on her to resign from cabinet, he would not say whether that would be a condition for the NDP to support the Liberals in the confidence vote that will follow the throne speech.

“We expect accountability from the government, and I expect the prime minister to show accountability,” Mr. Angus said. “But our focus right now is going to be what’s in that throne speech.” 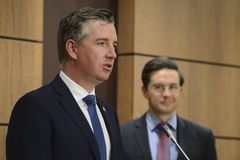 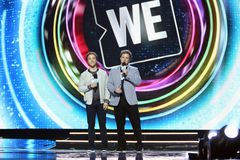