NDP House leader Peter Julian is blasting federal Conservatives for pursuing an “erratic” and unwise procedural strategy that could give the Liberals justification for calling an election in the midst of the COVID-19 pandemic.

Julian’s criticism comes after the Conservatives blocked his attempt Monday to break the legislative logjam in the House of Commons.

Julian sought to extend the Commons’ sitting hours Monday night in order to allow final debate to proceed on C-5, a bill to create a national day for truth and reconciliation.

Conservatives denied the necessary unanimous consent – just as they did three times late last month when the minority Liberal government sought extended hours to deal with C-7, a bill to expand access to medical assistance in dying, in time to meet a looming, court-ordered deadline.

They have also used procedural manoeuvres to delay progress on bills involving emergency pandemic aid and measures to ensure the safe conduct of a potential election during the pandemic.

Julian says the Conservatives have adopted a strategy of blocking the government legislative agenda, no matter the bill – a strategy he fears is giving the Liberals an excuse to go to the polls arguing that they need a majority to get things done.

“I think the knee-jerk reaction (Monday) was not a smart approach,” Julian said in an interview.

What’s more, he said it was “erratic,” coming just hours after Conservative House leader Gerard Deltell issued a statement calling on the government to “work productively with opposition parties in the House of Commons,” while insisting his party does not want a pandemic election.

Deltell accused the Liberals of “doing more to hold up their own legislative agenda than any opposition party ever could” and of deliberately confusing “constructive debate for political delay.”

“They failed to manage the legislative agenda, call bills in no logical order, schedule insufficient time for debate on their legislation and then make public statements accusing Conservatives of playing games,” Deltell said.

But it’s not just the Liberals accusing the Conservatives of obstruction.

In a letter to government House leader Pablo Rodriguez on the weekend, Julian said he appreciates “that the Conservatives have done their utmost to to slow down debate and waste time on a number of occasions.”

At the same time, Julian said it appears the Liberals are deliberately holding back some important legislation.

“I am worried that important bills are once again being treated as a political football – with the Conservatives stalling Parliament to show the government is out of control and the government happy to see its agenda stalled in order to justify a snap election,” he wrote.

Julian proposed breaking the impasse by having the Commons sit every weekday evening to deal with bills the NDP considers important, including C-5, a bill to implement the United Nations Declaration on the Rights of Indigenous Peoples and another on achieving net-zero carbon emissions by 2050.

Despite the Conservatives blocking his first attempt to do that Monday, Julian said his party will continue trying to get unanimous consent to extend sitting hours.

Asked if the NDP would consider supporting the minority Liberals in imposing closure on debates to push through some bills, he said: “We’re not there yet.”

In response to Julian’s letter, Rodriguez wrote back Monday, thanking the NDP for acknowledging the Conservatives’ obstruction tactics. He took pains to stress that the Liberals do not want an election, despite speculation about whether Conservative “partisan games could lead to an election.”

“Let me make it clear, our priority is to continue helping Canadians during the pandemic,” Rodriguez said. “As the prime minister has said repeatedly in recent months, we do not want an election.”

Meanwhile, Employment Minister Carla Qualtrough wrote Monday to Conservative Leader Erin O’Toole, asking him to allow second reading debate on Bill C-24, which would expand Employment Insurance benefits, to wrap up after three hours later in the day so that it could move on to committee for scrutiny.

“Time is of the essence in adopting Bill C-24 – Canadians depend on it,” she wrote.

In the end, debate did not conclude Monday and will have to continue another day. 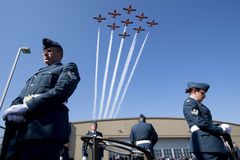 Virtual voting for House of Commons moves into next phase with debut of mobile app
March 8, 2021 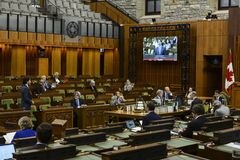 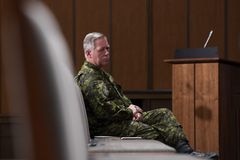