In its 2018 annual report, the Canadian Race Relations Foundation wrote: “It is not the Foundation’s role to be a strong advocate.” For an organization born out of an apology for systemic racism, that starting point made little sense to Mohammed Hashim.

Wanting to change it, he applied to lead the Crown corporation. To his surprise, the hiring committee handed him the keys, rather than showing him the door.

“I told them it was wrong for them to put that in the annual report, I was shocked to hear that. And I think we need to figure out a new approach, one that has advocacy as a central core," Mr. Hashim said in an interview last week, during his first few days on the job.

The foundation was launched in 1997, as part of the federal government’s Japanese Canadian Redress Agreement struck a decade earlier. In the late 1980s, Prime Minister Brian Mulroney’s government apologized for Canada’s treatment of Japanese Canadians who were interned and stripped of their human and civil rights during the Second World War.

In the intervening years, some activists and experts in the field say the organization has not gone as far as it could in holding the government to account and advocating for the most vulnerable in Canadian society. At times, Jack Jedwab a former foundation board member and the president of the Association for Canadian Studies, said it’s looked “as though they’re getting direction from government rather than giving direction to government,”

In response to that criticism, Mr. Hashim said the foundation will be outspoken in addressing racism, pushing Ottawa to move from studying the issues to actually fixing them.

“I think there’s lots of room for the government to move on the criminal-justice system, on reforming the police, and I hope that the foundation can play a role in bringing people together,” Mr. Hashim said.

The Black Lives Matter movement has helped to show “the absolute necessity of public policy-makers to finally respond and respond decisively," he said.

His risky interview pitch wasn’t the only thing that made him an unusual appointment by a Liberal government to a non-partisan position. His anti-racism work started as a response to Stephen Harper’s government, he said, and until taking this job, Mr. Hashim was a member of the NDP, worked on Jagmeet Singh’s leadership campaign, and organized for the provincial party.

He’s now shedding his partisan stripes and will be reaching out to the party once led by Mr. Harper. In a 2018 podcast interview, he was highly critical of the former prime minister. Last week, he told The Globe and Mail that he was particularly concerned about the 2015 election campaign, which he called “horrible” and “terrible.” Mr. Hashim said the Conservative push for a snitch line on “barbaric cultural practices” contributed to a spike in violence against Muslim women.

Since that election, Mr. Hashim said the Conservatives have become more inclusive and are “going in the right direction” on race relations.

Among the issues seizing his attention today is the rise in anti-Asian sentiment, which he said is being fuelled by rhetoric from the small-c conservative movement.

“You can replace ‘China’ with ‘Islam’ and it feels like 2003,” he said, referring to the backlash of Islamophobia that rose out of the 9/11 terror attacks. China, he said, is deserving of criticism for its human-rights record, but he said it needs to be talked about in a way that’s “not alienating.”

Now on a national stage, he said he plans to continue the grassroots approach he honed as a senior organizer at the Toronto & York Region Labour Council. In that job, he flew to Quebec City to help with the response to the mass murder at a mosque, was an unofficial adviser to the Muslim community in times of crisis, and consulted with the Toronto Police Service on using language that doesn’t malign Black people or perpetuate stereotypes.

His role, he said, is to help people navigate uncomfortable conversations, which he calls necessary to changing the status quo. It’s a skill, his former boss at the Toronto-based Labour Community Services, Faduma Mohamed, says has allowed him to bring an “urgency and greater awareness” of systemic racism to decision and policy-makers.

Canadian Heritage Minister Steven Guilbeault, who signed off on Mr. Hashim’s appointment, said his posting shows that the minority Liberals are “ready and willing" to act.

Still charting the organization’s plan for the next five years, Mr. Hashim is not yet ready to say what will be on the agenda. But for a sense of what it might look like, he said if it wasn’t for COVID-19, he would already be in Nova Scotia, amplifying the story of Mi’kmaq fishermen who have been the victims of violent attacks from non-Indigenous, commercial fishermen.

“I want to push as hard as we possibly can so that 50 years down the line, we don’t have to apologize again," he said.

Opinion
What Muslim Canadians can teach Asian communities about the discrimination that sadly lies ahead
June 1, 2020 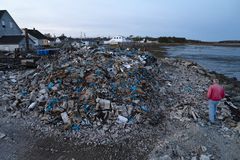 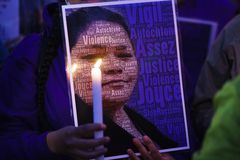