Canada’s first-ever Minister of Middle Class Prosperity declined to provide a clear definition of the middle class, but she said having kids enrolled in hockey is a telltale sign.

Ottawa-Vanier MP Mona Fortier was elevated to cabinet Wednesday with the new position of Minister of Middle Class Prosperity and Associate Minister of Finance.

The title did not come with an immediate job description.

Ms. Fortier appeared on several radio programs Friday to discuss her new role and the government’s agenda, with the caveat that she had not yet been fully briefed by officials. She promptly faced the same question that has dogged her cabinet colleagues over the past four years: What is the middle class?

“I define the middle class [as] where people feel that they can afford their way of life,” she told CBC Radio’s The Current. “They have a quality of life, and they can have, you know, send their kids to play hockey or even have different activities. It’s having the cost of living where you can do what you want with your families.”

Ms. Fortier deflected repeated requests to precisely define the middle class, a largely political term that has no agreed upon definition in economic circles.

The Trudeau government frequently invokes the expression but refuses to define it. Finance Minister Bill Morneau has faced the question countless times in committee meetings. The closest he came to a clear answer was during a 2016 Senate committee discussion when he said it roughly applies to Canadians who earn between $45,000 and $140,000. He also said there are “multiple ways” to define middle class and that definitions are complicated by the number of income earners and the number of children in a household.

The median after-tax income of Canadian families and unattached individuals was $59,800 in 2017, according to the most recent data available from Statistics Canada.

Ms. Fortier was first elected to the House of Commons in a 2017 by-election. Prior to entering politics, she was on several non-profit boards and was the director of communications for a French-language college in Ottawa until 2015, when she started and managed her own communications consulting firm.

She was co-chair of the Liberal Party’s 2019 campaign platform. Her office did not respond to an interview request.

During her CBC interview, she responded to a question about her views on a basic-income program. The idea – which was not part of the Liberal Party platform – could involve replacing social safety net programs with a guaranteed minimum income for all Canadians.

Details of Ms. Fortier’s policy responsibilities will be revealed when the Prime Minister releases his mandate letters for each minister.

University of Moncton Professor Donald Savoie, who has written extensively on the concentration of power in the Prime Minister’s Office at the expense of cabinet, said he has no idea what a Minister for Middle Class Prosperity will do.

“I just don’t get it. But some people may,” he said. “It’s certainly politics. There’s no question about that. That’s as clear as the light of day.”

Prof. Savoie said it will take time to determine whether there is a substantial policy role connected to the position.

“I don’t see prospects for the long-term viability of this portfolio,” he said. “It’s just another one that we see from time to time that comes and goes and follows the fashion.” 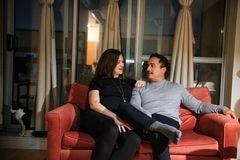