The federal government will open the door to new requests from Canadians who believe they are victims of thalidomide, expanding on a landmark program that compensates survivors of one of this country’s worst drug scandals.

The expansion could offer compensation to dozens of Canadians who say they were born with severe birth defects owing to the notorious drug, but who lack sufficient documentary proof.

“This has been a long time coming,” said Terry Bolton, an Ontario resident who attributes his physical deformities to the drug, which was marketed to pregnant women in the early 1960s. “We’ve been fighting this for years. A lot of people are facing financial hardship and are close to living on the street.”

The former Harper government announced a historic program in 2015 to help Canadians born with malformations because their mothers took thalidomide; it was billed as a “wonder” drug for morning sickness but caused devastating health effects, such as shortened or missing limbs. The government was prompted to act in response to a campaign led by the Thalidomide Survivors Taskforce and an exposé in The Globe and Mail in 2014.

The health of those affected deteriorated as they aged, and about 100 people in Canada were granted annual pensions of $25,000 to $100,000, depending on their level of disability.

Ever since, others have stepped forward to say that they, too, were victims. But after 50 years, they lacked records to prove it, and their claims were rejected by Ottawa’s third-party program administrator. Part of the challenge comes from assessing what constitutes thalidomide damage. Experts agree that shortened, seal-like arms is a signature sign. However, malformations of the limbs can be linked to other issues, unrelated to thalidomide.

Now, nearly 60 years after thalidomide first made its appearance in Canada and left behind a trail of hardship and suffering, this country is poised to officially recognize more victims.

In an announcement on Wednesday from Health Minister Ginette Petitpas Taylor, Ottawa said that beginning in the spring, people will be able to apply under a new program that will replace the one introduced in 2015. The government was not specific about new criteria for eligibility, but said officials will take a “fair and comprehensive” approach.

Ottawa will also increase funding to survivors, who are in their mid- to late-50s and facing a slew of health problems.

The government’s one-time payments, originally $125,000, will be doubled for new claimants to $250,000. Those who have already been recognized will see their initial $125,000 payouts topped up to the higher amount.

Also, an existing fund for urgent needs, such as installing lifts in homes or seeking out-of-province medical treatment, will rise to $1-million from $500,000.

Mercédes Benegbi, head of the Thalidomide Victims Association of Canada, said the changes show Ottawa’s long-term commitment to caring for victims of the thalidomide tragedy.

“We’re pleased by the openness of the government,” said Ms. Benegbi, herself a survivor of the drug. She said she expects Ottawa to take a “compassionate” approach toward new claimants while maintaining the “integrity” of the program.

“We have to be fair toward citizens who believe they are victims of thalidomide. We have to show flexibility while keeping ethical rigour in the way the program is applied,” she said in an interview.

The increased lump-sum payments will be critical for survivors, she said. Many are no longer able to carry out basic tasks such as getting dressed, preparing meals or doing grocery shopping. Because of their limb deformities, they often can’t use a cane or crutches.

Canada owed a historic debt to thalidomide victims because, unlike the United States, its health regulators approved the drug in 1961.

Currently, 121 Canadians are recognized by Ottawa as thalidomide victims and receive funding under the program. It’s not known how many people could see their claims accepted under Ottawa’s relaxed criteria. However, 167 people have had their applications rejected under the existing program because they were deemed ineligible.

Health Canada said in an e-mail that it will reach out to those whose applications were rejected. It plans to keep its new, expanded program open for five years.

In widening the program, Ottawa said it would follow “best international practices,” without being specific. One example it could follow is Britain, home to hundreds of thalidomide survivors. In 2010, the announcement of a thalidomide fund in that country saw a surge in new claimants. In response, the program was prepared to consider only claimants born within the time period associated with thalidomide’s availability. Then, even people without documents were able to go before a panel of medical and legal experts who evaluated their cases one by one, weighing the “balance of probabilities” that they were victims. 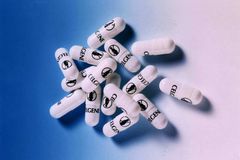