Dozens of non-governmental organizations are urging the Trudeau government to make renewed, long-term investments in the health and rights of women and children around the world before Canadian foreign-aid funding for the sector runs out next year.

Most of Canada’s international funding for maternal, newborn and child health, and sexual and reproductive rights, is set to expire in 2020. Health and rights groups worry a massive global funding gap left by the Trump administration’s crackdown on international abortion funding will deepen if Canada and other countries do not renew and increase their investments in the field.

About 40 Canadian NGOs are calling on the federal government to set aside $1.4-billion a year until 2030 to support the full spectrum of international women and children’s health and rights, such as vaccines, reproductive health and family-planning services. The “Thrive Agenda” campaign asks the government to make the commitment as part of Women Deliver 2019, an international conference that will bring together world leaders, advocates and academics from more than 150 countries in Vancouver in June.

“For us – the global women and children’s health sector – it’s like our Olympics. It’s the moment that we really want Canada to shine when everyone is looking and when we can also use that moment to leverage and to push other governments to make these types of investments," said Julia Anderson, acting executive director of Canadian Partnership for Women and Children’s Health, one of the groups involved in the campaign.

A commitment around the Women Deliver conference would also ensure the Liberal government sets aside the funding before it turns its attention to the federal election this fall.

The sexual and reproductive-health and rights sector took a hit in 2017 when U.S. President Donald Trump reinstated the so-called global gag rule prohibiting U.S. government financial support for international organizations that provide abortions or give abortion advice, leaving a $600-million global funding gap. The order was expanded in late March to include NGOs that fund other groups that support abortion.

“Trump is really emboldening moves away from women’s rights. He’s really allowing for countries to say things that they maybe wouldn’t have before. So Canada can be a really positive countervoice there,” Ms. Anderson said.

Shortly after Mr. Trump reinstated the global gag order in 2017, the Trudeau government announced $650-million for sexual and reproductive health and rights worldwide. The announcement came in addition to $3.5-billion allocated by the previous Conservative government for maternal, newborn and child health. Both sets of funding expire in 2020.

Global Citizen, one of the organizations supporting the Thrive Agenda, says the two streams of funding must be brought under one umbrella going forward.

“When you’re thinking about what contributes to women’s and children’s well-being, you have to consider all the pivotal points of a woman’s life, and sexual and reproductive health and rights are a pivotal point at the development stages of a woman’s life cycle,” said Madge Thomas, senior director of global policy and government affairs at Global Citizen.

International Development Minister Maryam Monsef’s office said the government is consulting with health stakeholders, including the Thrive Agenda, on the government’s post-2020 programming but did not detail any plans.

“We have not made decisions on funding or announcements at this time. We remain committed to both MNCH [maternal, newborn and child health] and ensuring our international assistance delivers the full range of SRHR [sexual and reproductive health and rights] services,” Ms. Monsef’s chief of staff, Geoffroi Montpetit, said in an e-mail on Friday.

The United Nations Population Fund (UNFPA) released a report this week highlighting the “remarkable gains” in global sexual and reproductive health and rights over the past 50 years. The organization says Canada has played a crucial role in this progress, helping to avert 2.5 million unplanned pregnancies, 750,000 unsafe abortions and more than 6,200 maternal deaths worldwide from 2014 to 2017.

“Canada has really stepped up to the front to ensure that organizations like UNFPA and other organizations receive the funding they need to ensure rights and choices for all,” said Alanna Armitage, the UNFPA’s regional director for Eastern Europe and Central Asia.

However, the UNFPA said continued investments are needed to support hundreds of millions of women who still face barriers that prevent them from making their own decisions about whether, when, how often and with whom to become pregnant. The report calls on governments to strive for the “three zeroes”: no unmet need for contraception, no preventable maternal deaths and no violence or harmful practices against woman and girls. 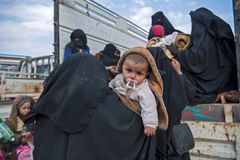 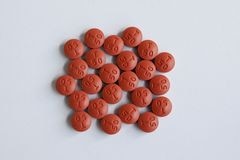 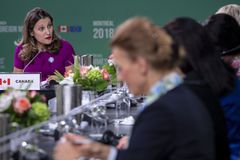