A federal probe that found no hard evidence Canadian-made armoured vehicles were used to commit human-rights violations in Saudi Arabia in July, 2017, says authorities in the kingdom used “proportionate and appropriate force” when they engaged in combat with local residents.

Foreign Affairs Minister Chrystia Freeland ordered the investigation the same month after The Globe and Mail reported on videos and photos which had surfaced of Saudi forces using Canadian-made armoured vehicles against the population in Awamiyah, a minority Shia Muslim area in the kingdom’s Eastern Province.

Ms. Freeland announced the results of the probe in February and, at the same time, committed to legislative changes that would enshrine in law a “substantial risk” clause to apply tougher scrutiny to future arms exports.

The Saudi arms deal: Why it’s a big deal

But the report was only made public on Monday, with some of the text blacked out. It said as far as the Canadian government is concerned, the armoured vehicles were being used in a manner that was consistent with the terms of the arms export licence.

One of the central pieces of evidence was a video showing a Canadian-made Terradyne Gurhka firing during the conflict.

Investigators said they drew little from the video because it gave them no “insight as to the context or nature of the activity,” including whether the Saudis were attacking or defending themselves.

Instead, they relied on what the Saudis and allies told them, including an unnamed military source who assured investigators the kingdom’s use of force was “proportionate, necessary and timely.”

“While the situation of the minority Shia in Saudi Arabia remains an issue of concern, the frequency of violent acts by extremists within the Shia community is also a genuine security issue.”

Export permits for Terradyne Gurkha vehicles, made in Newmarket, Ont., were suspended during this probe and the report warned Ms. Freeland the disruption might hurt the company. The suspension was later lifted.

It almost never identifies the people consulted – the Saudi ambassador to Canada is an exception – and relies on few actual quotes from sources.

One rare quote is from someone investigators call a “credible” military source. The person’s nationality is not made public in the released report and information that would likely further identify the source is blacked out.

The source told the Canadian government the military operation taking place in late July in Eastern Province was “proportionate, necessary and timely” given the security challenges faced by the Saudi government.

Investigators said that the Saudis appear to be modifying the Gurhka vehicles after export from Canada to add armoured turrets and weapon mounting likely used for machine guns.

But even that is acceptable, the report said, noting the agreement on these exports was that the vehicles would be used for the “transport and protection of government officials and national security personnel.”

“While turrets and light weaponry were not part of the original specifications … Their addition is consistent with the specified end use for the vehicles.”

Investigators said they can’t find any evidence that Saudi civilians were “deliberately targeted by Ministry of Interior forces.”

It says one video where the Canadian-made Terradyne Gurkha appears to be firing last summer is inconclusive. “The video does not, however, provide any insight as to the context or nature of the activity … [such as] whether it was respon[ding] to incoming fire.”

The Shia enclave of al-Qatif in Saudi Arabia’s Eastern Province is a thorn in the side of the Sunni elite who rule the desert kingdom.

The Shia Muslims chafe at what they consider their second-class status within oil-rich Saudi Arabia, and al-Qatif has been a hotbed of opposition - some of it troubling for the reigning House of Saud.

The federal report said the area has become a haven for criminality and the Saudis have said those fighting them there are terrorists.

The clash last summer began after Saudi Arabia began to raze the ancient neighbourhood of Al-Masora for health and safety reasons. Shia activists, however, said the Saudis wanted to eliminate a hideout for militants.

Critics have warned however the government’s emphasis on the fact that the probe had not found conclusive evidence the Canadian vehicles were involved in rights violations redefines the traditional test applied to weapons exports in a way that makes it easier for Ottawa to allow them.

Cesar Jaramillo, executive director of Project Ploughshares, a disarmament group, also questioned the credibility of some of the sources used in the report on Monday.

“The United States? Like-minded allies? These are some of the countries that are also pursuing lucrative arms deals with a Saudi Arabia,” he said. “Was there ever a chance that they would provide a damming account of events in the Eastern Province — one that could be used to challenge their own arms exports to Riyadh?”

The footage from last summer featured military equipment made by Terradyne Armoured Vehicles of Newmarket, Ont., but one clip also showed combat machines made by General Dynamics Land Systems being deployed. The second vehicle is manufactured in London, Ont.

The House of Saud’s use of Canadian fighting vehicles against its Shia population in eastern Saudi Arabia goes to the heart of a controversy over whether the Liberal government is violating Canada’s weapons export control rules by allowing a $15-billion deal to sell more vehicles to Riyadh.

While the Harper government brokered a recent $15-billion combat vehicle deal with Saudi Arabia, the Trudeau government in 2016 approved export permits for the bulk of the deal. The Liberal government said then it felt there was no reasonable risk the machines would be used against civilians in Saudi Arabia. 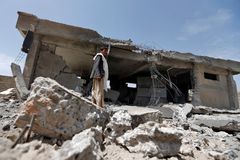 Ottawa to toughen scrutiny of arms exports despite findings of Saudi probe
February 8, 2018 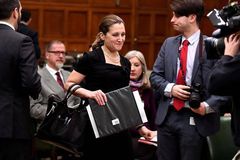