There will be issues in this election campaign. Important ones, such as carbon taxes and climate change, or deficits and taxes and the economy. But this isn’t the free-trade election of 1988, with one issue dominating. It’s not one of those fourth-term elections that revolves around a pent-up demand for change. There is a less policy-specific, more visceral contest coming about who’s on your side. Or, put another way, which of these gangs you identify with.

You might have noticed that a lot of federal politics isn’t exactly about federal government policies. Partisans tell you Justin Trudeau had a trust fund. Or that Andrew Scheer never marched at Pride. They are sending messages about who they are – and who their opponents are – as much as what they will do. Expect a lot of that between now and Oct. 21.

Even the concrete policy planks will be mustered in large part to describe who the politicians are. Liberals talk about climate change to tell you they’re the kind of folks who intend to save the world rather than let it burn. Conservatives talk about scrapping carbon taxes to tell you they’d let you keep your money rather than use it for some big government scheme.

Of course, on its face, this campaign is about Mr. Trudeau: whether he disappointed believers in the heady promise of change he made in 2015, or whether he is, to Canadians who will cast ballots, better than the alternatives – notably Mr. Scheer, the Conservative Leader, who is neck-and-neck with the Liberal incumbent in opinion polls.

And yes, both Conservatives and Liberals have framed this campaign as a battle over what’s best for the middle class. But that’s because most Canadians think that label applies to them.

The question is how voters will judge what’s best for the middle class, for them and for their aspirations. No single issue has emerged as the litmus test. Political parties have been talking a lot about what they call “values,” and whether they share yours. That’s always important in elections, and this time, more so.

“Who’s on my side? It’s a core ballot question,” said Greg Lyle, the pollster and veteran strategist who is president of Innovative Research Group. “It’s arguably the ballot question in the absence of something bigger.”

The parties’ slogans underline that. The NDP’s “In it for you” is an on-your-side message that fits with Leader Jagmeet Singh’s claim that Liberals and Conservatives are cozy with corporations. The Conservatives’ “It’s time for you to get ahead” suggests Mr. Trudeau’s government spends time and money on things that aren’t ordinary folks’ real concerns, and that Conservatives share your priorities. Both seem tinged with post-SNC-Lavalin-affair insinuations that Mr. Trudeau helps the well-connected.

The Liberal slogan, “Choose forward,” is a value-judgment-laden tagline that evokes a choice between their progressive approach and turning back the clock to Stephen Harper. It also packs a sly hint that voters should see Mr. Scheer’s social views as backward: The Liberals mass-tweeted videos of Mr. Scheer’s 2005 speech against same-sex marriage to spread the notion that his views haven’t changed – although he says he won’t change the law now.

There is a danger for all of those parties that a campaign without a driving issue is susceptible to twists. Events can wreck narratives. A campaign without a central issue might highlight that Elizabeth May’s Green Party has one, and its recent bump in polls already make it look like a threat to the NDP and to Liberal re-election hopes. Or the Greens might just get squeezed out of a culture war.

And the middle class? Both Conservative and Liberal strategists say this election campaign will revolve around their economic concerns. Now, they will battle over which party’s values reflect them.

The Conservatives cast the issue as being about affordability, about which parties’ instinct is to leave money in Canadians’ pockets. The symbol is the promise to scrap the federal carbon tax – forget that it only applies in half the provinces, or that it is accompanied by rebates. The point, to paraphrase, is that Liberals have an elitist reflex to take your money to fund some bureaucrat or activist’s plan. No wonder Conservative partisans gleefully tweeted a campaign poster in which Finance Minister Bill Morneau was fiddling with his cuff-links, sarcastically commenting that it screams middle class. Presumably, Mr. Scheer will promise new tax cuts, too.

The Liberals cast it as a question of who will use government to help ordinary folks deal with insecurity, arguing they’ll spend to help people, while the Conservatives will cut, warning there will be no pharmacare and fewer services and asking what else Mr. Scheer might slash. If you’re not careful, the warning to “progressives” goes, you’ll get an era of austerity and Doug Ford’s Ontario government in Ottawa.

Those narratives aren’t entirely divorced from governing. There will be issues. But as yet, there isn’t a dominant one, on which voters will judge the best offer. It starts as a campaign about political cultures and motivations. And a fight over who thinks like you. 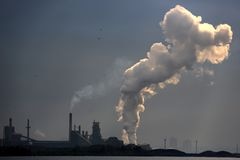 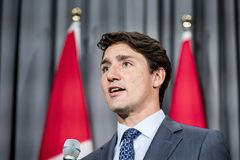