Nova Scotia’s premier says he believes more can be gained through continuing to develop economic and cultural ties with China rather than treating the country as an adversary.

Stephen McNeil recently returned from his eighth trip to China since 2013, and was asked Thursday about remarks made last week by Halifax International Security Forum president Peter Van Praagh, who described the Asian superpower as an adversary and strategic competitor.

Van Praagh said China doesn’t share the same world view as democratic nations such as Canada and the United States, and he questioned what such countries are willing to surrender in terms of their own values in order to do business there.

But McNeil said he doesn’t share the view that isolating countries that aren’t democracies will bring about change.

“The idea that any government has the right to impose their views and values on someone else is a pretty slippery slope in my view,” he said. “We will continue to work as a government to grow the economy of Nova Scotia.”

McNeil notes that he was part of a delegation that did raise concerns, through Canada’s consul general, about the continuing detention of Canadians Michael Kovrig and Michael Spavor during a meeting with the governor of China’s Guangdong province.

“We have been very clear every time I’ve been (there). Citizens of both China and Canada need to feel like when they go into each other’s country, that they’ll be able to do so without being detained inappropriately.”

Last week, Defence Minister Harjit Sajjan said that while there are significant challenges in bilateral relations with China, including the detention of the two Canadians, there is co-operation when it comes to aspects of trade. He said the two countries need to work together to find solutions.

However, China-Canada relations have largely remained tense since the detention of Kovrig and Spavor last December, which came in apparent retaliation for the arrest earlier that month of Huawei senior executive Meng Wanzhou in Vancouver.

Meng was detained by border officials at Vancouver’s airport, then arrested by the RCMP at the request of the United States, which is seeking her extradition on fraud charges.

Meng is fighting the order and has denied any wrongdoing. Her lawyers argue her arrest and detention were unlawful.

McNeil was also asked by reporters Thursday about recent revelations that Chinese authorities are engaged in the massive and systemic repression of Muslims and other minorities in western China.

He called what’s happening to Uyghurs and members of other Muslim minority groups in Xinjiang “unacceptable.”

However, he said, by continuing to build relationships, countries such as Canada will have a better idea of what’s going on in China, while Chinese society will be exposed to what’s happening in western democracies.

He pointed to the growing number of Chinese university students who are choosing to come to Canada as an example.

“I believe that’s the long-lasting way to continue to build the relationship between our two countries and change communities in China,” the premier said. 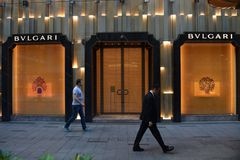 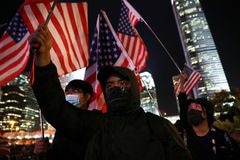 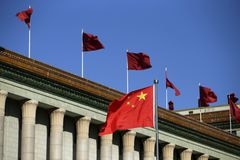