Three years after it was first announced, an office empowered by Ottawa to investigate allegations of human rights abuses arising from Canadian corporate activity abroad is finally open for business.

The office is opening its doors just as debate grows over how Western countries should respond to reports of forced labour in China, particularly among ethnic minority groups such as the Uyghurs.

The new ombudsperson has more powers than its predecessor in that Ms. Meyerhoffer will be able to conduct independent investigations into complaints.

She won’t have all the tools the Trudeau government originally promised, however. When the office was first announced, Ottawa said it would have the power to compel witnesses to give evidence and produce documents, but the government never followed through.

Emily Dwyer, co-ordinator with the Canadian Network on Corporate Accountability, said she considers the absence of such powers a major flaw.

“Without the power to compel documents and testimony, it is an office that has to rely on companies voluntarily sharing information,” Ms. Dwyer said, blaming a push by industry for the rollback.

Ms. Meyerhoffer, a Saskatchewan-born lawyer with years of experience in Alberta’s oil patch as well as international development focused on human rights and rule of law, said in an interview that she believes she has sufficient tools for now.

“We can receive and respond to complaints. We can initiate reviews ... we can conduct investigations, we can engage in mediation,” she said. “We have what we need to make a real, positive difference.”

Her office, which has 10 staff at the moment, will be able to travel to investigate complaints wherever necessary. Its operating budget has not yet been set.

Canadian businesses won’t be able to dodge scrutiny by the ombudsperson simply because their operations are handled by a separate supplier or contractor. The definition of ‘Canadian company’ under her mandate includes any entities that a Canadian firm controls – directly or indirectly – abroad. This could include suppliers and contractors.

“Let’s say it’s a factory in Bangladesh and the only client they have is a Canadian company – that’s indirect control,” Ms. Meyerhoffer said.

John Packer, an associate professor of law and director of the Human Rights Research and Education Centre at the University of Ottawa, said while the power to compel witness testimony and documents would be useful for Ms. Meyerhoffer, it is not a silver-bullet solution.

“It would place her in a more adversarial position vis-à-vis commercial actors. She needs co-operation,” Mr. Packer said. “That comes in various ways – not only through coercion.”

Conservative human rights critic Garnett Genuis said he thinks the new office could play a role to rein in corporate misconduct abroad, but believes its tools are insufficient to address allegations of forced labour in China. Last year, End Uyghur Forced Labour (a coalition of 180 groups, including human rights advocates and unions) estimated that one in five cotton garments sold in the world contains cotton or yarn from China’s Xinjiang region, where Beijing has detained up to one million Muslim Uyghurs and other Turkic minorities and forced some to work in factories. These minority groups have also been dispersed into coercive labour programs across China.

Last month, the House of Commons passed a resolution condemning China’s treatment of Uyghurs and other Muslim minorities as genocide.

“While it may be possible that this office could play a role in combatting Canadian complicity in Uyghur slave labour, we need to recognize the real challenges around meaningfully investigating individual cases in Xinjiang, given the direct involvement of the Chinese state and the inevitable lack of access for investigators,” Mr. Genuis said

He urged Ottawa to consider legislation such as the bipartisan Uyghur Forced Labour Prevention Act in the U.S., which has already passed the House of Representatives and would require the U.S. to assume all goods imported from Xinjiang are made with forced labour unless customs officials are able to certify otherwise. 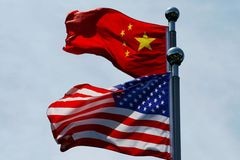 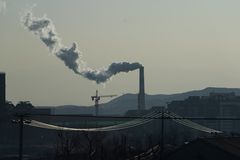 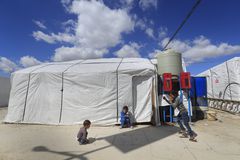