Looking south a couple of months ago to see the President of the United States denying the results of an election and inciting a riot at the U.S. Congress, a Canadian might have noted the resilient value of the monarchy.

If a prime minister tried to overturn an election like that, they’d be dismissed by the Queen. The great value of a constitutional monarchy is that the leader with the power has to answer to a venerable institution that cannot be badgered or beaten.

But then a simple interview with Oprah Winfrey can make you wonder how long that can last.

Meghan Markle, the Duchess of Sussex, only had to hint at cruel mistreatment and suggest racism by recounting conversations with unnamed Royal Family members about how dark the skin of her baby might be for the much of the world to suddenly remember how anachronistic royalty seems to be.

Constitutional monarchy serves us well, but it relies on the notion of royalty, and that’s a concept that can’t be expected to hold up through the 21st century.

That creates a Canadian problem. Canada’s constitutional system makes it nearly impossible to get rid of the monarchy. But one day it is going to be unavoidable – perhaps even thrust upon us.

Last week, Prime Minister Justin Trudeau said now is not the time to talk about revisiting the role of the Royal Family. There’s a pandemic, after all. Not to mention it would mean opening a divisive can of worms that most people would rather leave alone.

But then Mr. Trudeau, who likes to speak about the importance of inclusion and diversity and the importance of calling out racism, skated around questions of whether Royal Family members are racist. That’s constitutionally appropriate, but it was hardly a banner day for the living symbols of national authority. Constitutionally, it is only the sovereign – the Queen – who is the constitutional symbol of Canada. But in institutional terms there’s no separating the monarch from the family.

It has always taken some suspension of disbelief to accept the role of kings and queens to serve as the source of all national power – and the superior of elected prime ministers. Yet it worked. But that was only because of reverence for, or deference to, the monarch.

But the age of deference is over. Cultural affinity for the traditions of monarchy was already weak in Quebec, and it will grow weaker in post-Empire, multicultural Canada. And no living, breathing family can maintain the illusion of deserving royalty, decade after decade, under 21st-century scrutiny. The Duchess of Sussex’s allegations of racism uncomfortably underlined the question of whether the Royal Family can be an accepted symbol of national authority in this age. Monarchy is a symbol of tradition and duty, but royalty symbolizes privilege.

There will be other interviews, other scandals and other doubts. It’s not impossible to think that a decline in the Royal Family’s credibility, and the authority of the monarchy, will come suddenly. Will Canadians still defer to royal authority after the reign of Queen Elizabeth II, now 94? Or that of her son, Charles, 72? What will Canada do if, say, Australia drops the monarchy? Or, for that matter, if Britain does?

That would lead to a thorny problem. The monarchy is intertwined in the Canadian tradition and Constitution, which created a British-style system but with powerful provinces. Which means there isn’t an easy way to undo the monarchy, and 10 provinces, plus Ottawa, will have to agree. And coming to unanimous agreement on major constitutional change isn’t, as a rule, something Canada does.

Sure, Mr. Trudeau doesn’t want to think about that now, in the middle of a pandemic. There’s time. But then, his successor, whoever that might be, isn’t going to want to do it either. What national politician wants to open up the traditions on which the country was founded, ask voters to entertain a divisive debate and invite 10 provincial premiers to express views on changing the Constitution?

For a long time, Canadian leaders have avoided that problem with the comforting thought that now’s not the time to think about replacing the monarchy. But that time will come. We don’t know when, but soon enough, we’ll have to start thinking about how. 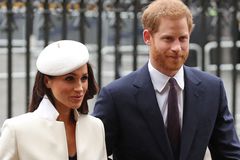