With its harsh, guttural call, rotten smell and acidic excrement, the double-crested cormorant is not the most loved of birds.

Large, black and with orange skin near their beaks, cormorants can often be seen in their distinctive pose, with wings extended, as they sit on the shoreline. The fish-eating birds are notorious for destroying the trees in which they roost. In recent decades, more trees have died as the species recovered from a population decline in the 1960s.

Now, the Ontario Ministry of Natural Resources and Forestry has submitted a proposal to classify the double-crested cormorant as a game bird and create a hunting season between March 15 and Dec. 31. The province said the proposal was crafted in response to concerns that “cormorants have been detrimental to fish populations, island forest habitats, other species and aesthetics.” The proposal would allow hunters to kill and dispose of up to 50 cormorants a day without having to consume them, as they would other game birds. Cormorants are considered inedible for humans.

In an e-mail, a spokesperson for Natural Resources Minister John Yakabuski said the ministry has begun consultations on the proposal and “will listen to the people” before finalizing any policy changes. The hunt would be implemented through regulations and legislation.

But some bird experts say the proposal is without scientific justification, given the available evidence and the existence of alternative measures to manage the population. Even some of those who advocate for more careful control of the cormorant population say the hunting proposal appears to be an imperfect solution.

“Look, we understand the trade-offs; we understand people don’t like cormorants,” said Lynne Freeman, president of Ontario Field Ornithologists, a group that studies and tracks bird life in the province. “But they are necessary for a balanced environment.”

“There’s no scientific basis to any of it,“ she continued. "My organization, and, really, any scientist … is opposed to this. It’s not based on science, it’s based on emotion.”

It is shocking the ministry did not provide supporting data with its proposal, said Gale Fraser, a York University professor who has studied cormorants since 2006. She said there is no clear evidence cormorants are causing ecological damage beyond their natural role in the ecosystem.

In fact, Dr. Fraser said, some evidence indicates that cormorants help control non-native fish species, like the round goby, that have a negative impact on sport fish.

Mr. Yakabuski’s spokesperson did not specifically address questions on how the ministry concluded population control measures were necessary, or how it determined the 50-bird limit.

“If there was overwhelming evidence the cormorants were putting pressure on a species at risk, then I would say yes, do some kind of management locally,” Dr. Fraser said, emphasizing that a scientific study would be needed to determine that.

Any measures taken should not affect other species that can live in cormorant colonies, such as great blue herons, Dr. Fraser continued. Even if hunters could properly pick their targets, the gunshots could frighten those species off their nests and disrupt reproduction, she said.

Hunting during the proposed season could be especially devastating because it would include the period when the birds are rearing their young, between late May and the end of August, Dr. Fraser said. Unlike many other species, both male and female cormorants are needed to feed the young, so killing one parent would result in the death of the chicks.

If measures are necessary, they should be non-lethal, said Ange Brooks, a member of the Toronto Ornithological Club. Practices such as knocking down nests, spraying eggs with oil to prevent them from hatching, or scaring the cormorants off with a bird of prey are already used at some colonies, including the one in Toronto’s Tommy Thompson Park.

“That is a more humane way of keeping the population down,” Ms. Brooks said.

The Ontario proposal was more favourably received by the Ontario Federation of Anglers and Hunters, which sees the cormorant population as overabundant and has been pushing the ministry to control it for years.

“We just want to create a manageable population of cormorants across the province,” said Lauren Tonelli, a resource management officer at the federation, citing the birds’ negative impact on island habitats. This is one way of keeping the population in check, she said.

Ms. Tonelli did not see the 50-bird limit as particularly worrisome, saying it is unlikely anyone would reach it. She also said her organization wants the government to clarify how hunters should dispose of dead cormorants.

The ministry said it would create a monitoring program to assess the health of the cormorant population in Ontario to “ensure sustainability.” 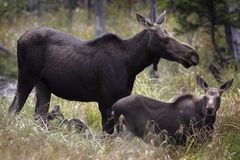 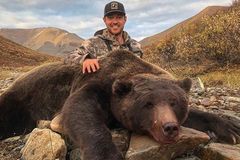 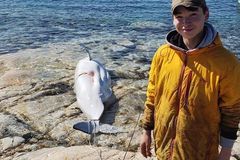