A House of Commons committee probing the government’s ill-fated deal with WE Charity dove deeper into the organization itself with partisan swords being drawn around a watchdog group that testified on Thursday.

Charity Intelligence Canada has been cited multiple times during finance committee hearings about the WE affair, but had yet to testify in the committee’s probe of the Canada Student Service Grant program.

Charity Intelligence has previously raised red flags about WE’s practices, which garnered rebukes from WE and its co-founders, Craig and Marc Kielburger, who testified before the committee last week.

The controversy around the grant program has raised questions about WE’s complex structure and accounting mechanisms, its use of high-profile corporate sponsors and celebrity endorsements and its workplace culture.

The managing director of the watchdog group, which is a small charity itself, said she found issues over two days of reviewing WE’s financial data that prompted her to call its management with questions.

“I would really hope that if someone were making an investment of this size, that the government would have felt confident to ask questions and pick up the phone and seek clarification on anything that they were unclear about,” Kate Bahen said.

She spoke off the top of the meeting about the need to help cash-strapped charities seeing a decline in giving due to the pandemic, including raising the amount of money foundations have to disperse to charitable causes.

She then said her group had no partisan affiliation and outlined her disdain for partisanship itself — just before it took over the committee.

Liberal MPs questioned her group’s findings about the organization, and wondered why Charity Intelligence was even at the committee if it couldn’t offer insight into the timeline of events surrounding WE and the student-volunteer program.

“I have nothing against you or the organization,” Liberal Peter Fragiskatos told Bahen.

“It’s hard for me to understand how an organization of four people can judge 250 organizations on a range of criteria, delve in and offer an enormous set of judgments and for us to look at that as MPs is a challenge.”

Opposition MPs argued the group’s conclusions, made from poring over publicly posted reports, raise new questions about how the Trudeau government decided to hand WE Charity the reins of the student-volunteer program.

“Absolutely no due diligence has been identified in terms of all of the myriad problems, things that should have been a red flag and things that for any other charity in the country would have meant that there was absolutely no possibility of them being considered for funding,” said New Democrat Peter Julian.

The agreement with WE was to pay one of its foundations up to $43.5 million to administer a $912-million grant program designed to encourage students to sign up for volunteer work related to the COVID-19 pandemic.

A controversy has simmered since late June over the sole-sourced nature of the deal and the charity’s ties to Prime Minister Justin Trudeau and his family.

Trudeau has been a featured speaker at six WE Day events since becoming prime minister, and his wife hosts a podcast for the group, for which they have not been paid. However, Trudeau’s mother and brother have been paid almost $300,000 for speaking at numerous WE event over the years and reimbursed for some $200,000 in expenses.

Finance Minister Bill Morneau has also been embroiled in the affair for his familial ties to the group, and his acknowledgment last month that he repaid WE about $41,000 in sponsored travel for him and his family to view the charity’s humanitarian projects in Ecuador and Kenya in 2017.

Both Trudeau and Morneau have apologized for not recusing themselves from the cabinet decision to have WE Charity administer the student grants.

Opposition parties are hoping the imminent release of government documents will shed some new light on how the deal was awarded. The government has until Saturday to table with the committee all memos, briefing notes, correspondence and other documents related to the now-cancelled agreement.

“There’s been so many contradictions through this that I think it’s fair to say that the documents, hopefully, will start giving us some answers,” Julian said in an interview Wednesday.

“I think in terms of the next witnesses to get answers, the documents will help point us in the right direction.”

The committee is also looking to hear from WE Charity’s chief financial officer, Victor Li, and Employment Minister Carla Qualtrough.

Another motion adopted by the committee seeks witnesses with knowledge of WE’s operations and offers parliamentary privilege as a shield against potential law suits.

Expert bows out of WE Charity review, doesn’t rule out future work with group
August 5, 2020 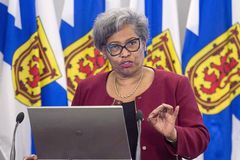 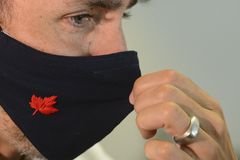