Opposition parties urged the Ethics Commissioner to expand his probe of the Finance Minister on Thursday after Bill Morneau disclosed to a parliamentary committee that he reimbursed the WE Charity $41,366 for expenses related to 2017 travel with the organization.

“He admitted that he didn’t pay $41,000 in expenses for travel he did with this organization,” Mr. Poilievre said at a Thursday news conference.

“The average Canadian would notice if there was a $41 bill missing from their room service at a hotel, but Bill Morneau would have you believe that for an entire week, he was showered with luxury, with benefits, with hospitality and that he had no idea who was paying for it all.”

Members of Parliament are allowed to accept travel paid for by other organizations as long as they disclose this on the public registry of sponsored travel. Ministers and parliamentary secretaries are not allowed to do so.

The Ethics Commissioner’s office has also stated that accepting such travel would be subject to the rules related to accepting gifts under the Conflict of Interest Act. That section says no public office holder can accept a gift “that might reasonably be seen to have been given to influence the public office holder in the exercise of an official power, duty or function.” The act does allow for some exceptions, such as gifts from friends and relatives.

Mr. Morneau is already the subject of a separate probe by Ethics Commissioner Mario Dion after he failed to recuse himself from a cabinet decision giving WE Charity administration over the Canada Student Service Grant. The program was designed to compensate young people for volunteer work during the pandemic.

The contribution agreement, totalling $912-million, has since been cancelled. The government said last week that WE Charity could have received up to $43.5-million of that amount for overseeing the grant program.

Mr. Morneau, whose daughter works for WE, has said that he should not have been part of the cabinet discussion.

Maéva Proteau, a spokeswoman for Mr. Morneau, added Thursday that the Minister expected and always intended to pay for the costs of these trips and believed he had.

“He acknowledged that not doing so – even unknowingly – was not appropriate,” she said in a statement. “Minister Morneau has formally asked the Ethics Commissioner to consider these issues as part of his examination.”

On Thursday evening, the House of Commons ethics committee approved the launch of a third committee inquiry into the issue. The new probe will focus on looking at the “policies, procedures and practices surrounding the ethical conduct and avoidance of conflicts of interest within the Prime Minister’s Office.”

The ethics committee has already approved a motion calling on the government to produce documents related to WE speaking appearances by Prime Minister Justin Trudeau and his immediate family that have been arranged since 2008. The committee has also asked for Mr. Trudeau to appear as a witness.

The Prime Minister’s Office said Wednesday that he will testify before the House finance committee, adding that arrangements will be made regarding date and time.

On Wednesday, Mr. Morneau told the finance committee, which has been holding hearings into the WE controversy, that he repaid the charity for expenses covered for trips his family took to Kenya and Ecuador three years ago.

In his testimony, the Minister said his wife and daughter travelled to Kenya in the summer of 2017 to learn about WE school projects and that later that year, he travelled to Ecuador with his family to see and participate in WE’s humanitarian work in that country.

WE Charity issued a statement on Wednesday evening to say that from time to time, it invites current and potential supporters on a complimentary basis to see the impact of its global projects.

Many international charities and humanitarian agencies operate in a similar manner, it added.

“WE Charity extended the invitation to Nancy McCain and Bill Morneau because they are well-known philanthropists with a history of significant donations to international development programs,” the charity said.

“[Tuesday], the Morneau-McCain family reached out to us to ask if, in fact, their trip had been complimentary. We confirmed that it was.”

NDP ethics critic Charlie Angus said Thursday that Mr. Morneau’s testimony elevates the conflict-of-interest issue much higher than his original failure to recuse himself from the cabinet table.

“Minister Morneau just doesn’t seem to understand that he has a legal obligation to follow as the Finance Minister in this country,” Mr. Angus said.

Mr. Poilievre is calling on the Prime Minister to fire the Minister, adding that he believes that hasn’t happened because if Mr. Trudeau imposes this ethical standard on Mr. Morneau, then others will ask that he impose it on himself.

The Prime Minister himself is the subject of an ethics investigation by the commissioner.

He has also apologized to Canadians for failing to recuse himself from the cabinet table when the contribution agreement with WE was discussed. 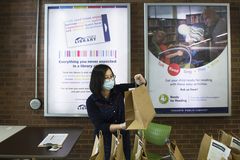 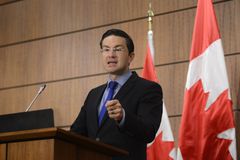