The Canadian government announced new measures Monday to prevent the dumping of low-priced foreign steel into the Canadian market as it seeks to maintain its privileged trade status with the United States.

Finance Minister Bill Morneau said the measures are necessary because Canada risks becoming a target for steel dumping following last month’s agreement between Canada and the U.S. to eliminate steel and aluminum tariffs on trade between the two countries.

The U.S. government has repeatedly expressed concern that other nations – particularly China – could use Canada as a way of gaining access to the U.S. market and avoid U.S. tariffs.

Mr. Morneau said the new legislation is aimed at addressing those concerns.

“We know that as we took those [tariffs] off, we created the opportunity for steel producers around the world to move their steel into the Canadian market, creating some potential vulnerabilities – both for workers and for steel producers," he said. “What this legislation does is gives us the ability, should we need it, to put in place safeguards with a shorter time frame than we were previously allowed to do.”

The minister introduced a ways and means motion Monday, which is the first step toward introducing a government bill with financial implications.

The changes will ease restrictions on the Canadian government’s use of trade safeguards, which are emergency duties allowed under World Trade Organization rules to prevent import surges.

The safeguards can only be used for a limited time period – 200 days in the case of steel. The Customs Tariff Act currently imposes a two-year moratorium on the reimposition of such safeguards. The measures announced Monday would remove this two-year limit.

Mr. Morneau said this will allow the government to act more quickly, if necessary, if it finds evidence that steel imports are surging into Canada.

Toronto trade lawyer Lawrence Herman said the measures would give the government the ability to temporarily restrict targeted imports on a near-continuous basis.

“This is an important recalibration,” he said. “It shows the Americans that Canada is serious in taking steps to prevent the flooding of offshore steel into the North American market.”

In a statement, Ms. Cobden said the announcement “represents an important step to ensuring Canada can respond swiftly to changes in global steel markets caused by overcapacity and trade actions taken by other jurisdictions.”

The government faces a tight timeline to push this new legislation into law. The House of Commons is scheduled to rise for the summer in less than three weeks and is not expected to sit again before the fall federal election scheduled for Oct. 21.

Canada and the U.S. announced a deal on May 17 to lift tariffs on steel and aluminum traded between the two countries. The initial U.S. tariffs triggered retaliatory tariffs from Canada, which had called for their removal before Canada would ratify the new North American free-trade agreement.

The text of the May 17 agreement that lifted the tariffs stated that both Canada and the United States would implement measures to prevent the importation of aluminum and steel that is unfairly subsidized or sold at dumped prices. The two nations also agreed to work on preventing the shipment of aluminum and steel made outside of the two countries into either Canada or the U.S.

Conservative MP and foreign affairs critic Erin O’Toole said Canada might have been able to avoid the U.S. tariffs in the first place had it acted along these lines much sooner.

“This is clearly what the U.S. has been asking for for several years,” he said. “At least we have certainty. We wanted to see the tariffs removed, but we could have avoided a lot of pain if we had coordinated some of these safeguard provisions alongside the U.S. concerns two years ago.” 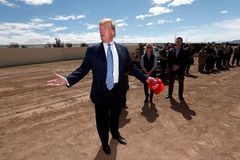 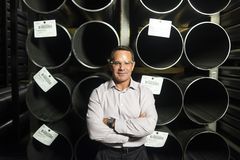